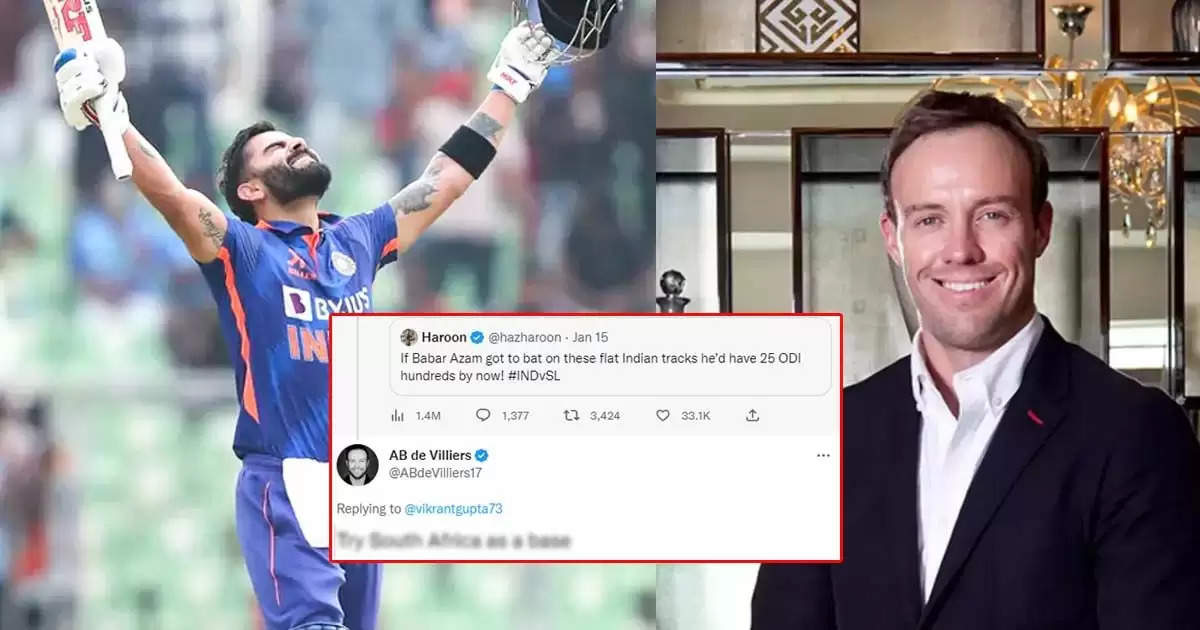 Virat Kohli on Sunday took Kerala by storm with a sensational knock against Sri Lanka in the final ODI. Kohli scored his 46th ODI century when he smacked 166 not out off 110 balls with 13 fours and 8 maximums. This was the 34 year old’s 3rd ton in his last 4 ODI innings. Kohli ended his century drought when he scored 113 against Bangladesh towards the end of 2022. Kohli then began 2023 with 2 more centuries against Sri Lanka in the ODI series.

One person who did not seem happy with Kohli coming back to form was none other a journalist from across the border named Haroon. The journalist in question tweeted out “if Babar Azam got to bat on these flat Indian tracks he’d have 25 ODI hundreds by now” . this was indirectly calling Virat Kohli a master only on Indian tracks and in effect calling him a “Flat Track Bully”.

Indian journalist Vikrant Gupta known for his sharp retorts and replies wasn’t one to take the lying down. While replying to the Pakistani Journalist, Gupta replied “If Virat, Rohit, Pujara, Rahane would have batted on such ‘roads’ in Pakistan, they would have added 10 test centuries to their names”

If Virat, Rohit, Pujara, Rahane would have batted on the ‘roads’ in Pakistan, they would have added 10 Test centuries each to their names https://t.co/Bif2dnwbwb

Former South African skipper and RCB legend, AB De Villiers will always be known for exploits with the bat. ABD is also known to be close to Kohli with the former Indian skipper calling ABD his elder brother. The South African tweeted “Try South Africa as a base”.

Try South Africa as a base

Virat Kohli on the verge of reaching 50 ODI tons –

Virat Kohli hit 2 centuries from the 3 games against Sri Lanka and took his ODI century tally to 46. Kohli is now 3 behind Sachin Tendulkar who has 49 and has a good chance to tie the record in the next few weeks. India is set to play 3 games against New Zealand and Australia in the ODI format and 4 centuries can take Kohli past his idol Tendulkar and make him the 1st player to score 50 ODI tons.

Kohli will next be seen in action on Wednesday when India take on New Zealand in the 1st ODI at Hyderabad. The kiwis come into the series after beating Pakistan in their home conditions for the 1st time with a 2-1 margin.