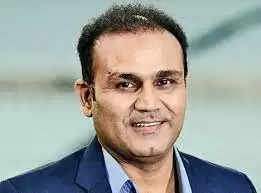 TATA IPL 2022 is heating up with the games reaching the final few stages of the league phase. Every team is now looking over its shoulder in a bid to make the final 4 places. LSG and Gujarat Titans are certain to make it to the play-offs, while Rajasthan Royals are already have one foot in the door. The likes of KKR, PBKS and RCB now have to fight the one last position to make it to the play-offs. While the IPL is on-going the eyes of the selectors will be on the Indian players with a huge international season in the anvil.

With a lot of international cricket coming up including the T20 world cup, the selectors will have to do a lot of thinking. One of the biggest areas is the wicket keeper slot which needs a back up. The form of Dinesh Karthik has already penciled him for the role of a back-up to the established Rishabh Pant. Former India opener though has gone against the wisdom and names his pick for the role. According to the former India opener Jitesh Sharma the PBKS player could fit the role perfectly. Speaking to Cricbuzz Sehwag said “No doubt, brilliant batting. He has impressed. Ishan Kishan, Rishabh Pant, and Wriddhiman Saha are all wicketkeeper-batters, but of all, Jitesh Sharma has impressed me the most. He has a fearless style of batting”

Jitesh Sharma impresses one and all –

The 28 year old Jitesh Sharma has been impressing one and all with his fearless batting and on Saturday he scored a brilliant 38 off 18 balls in the game against RR. As a wicket keeper too has been safe behind the stumps and has been playing the role of the enforcer for the Mayank Agarwal led side. Sehwag further said “He just expresses himself. He knows his zones, he knows the shots he has to play. The six he hit Yuzvendra Chahal.. it reminded me of VVS Laxman when he hit Shane Warne for a six through midwicket. It was a wonderful batting performance, He has impressed me a lot. If it was in my hands, I would take him as a backup wicketkeeper-batter to Australia”

Jitesh Sharma who plays for Vidarbha in the domestic circuit has played 9 games so far in the IPL this year. He has scored 159 runs with the bat and has taken 7 catches behind the stumps. This is his first year in the IPL despite being part of the Mumbai Indians squad as he wasn’t given a game. The 28 year old is known to be an aggressive batsman and has scored his runs at a strike rate of 167 this year.