War of words erupts between Dasun Shanaka and Mehidy Hasan 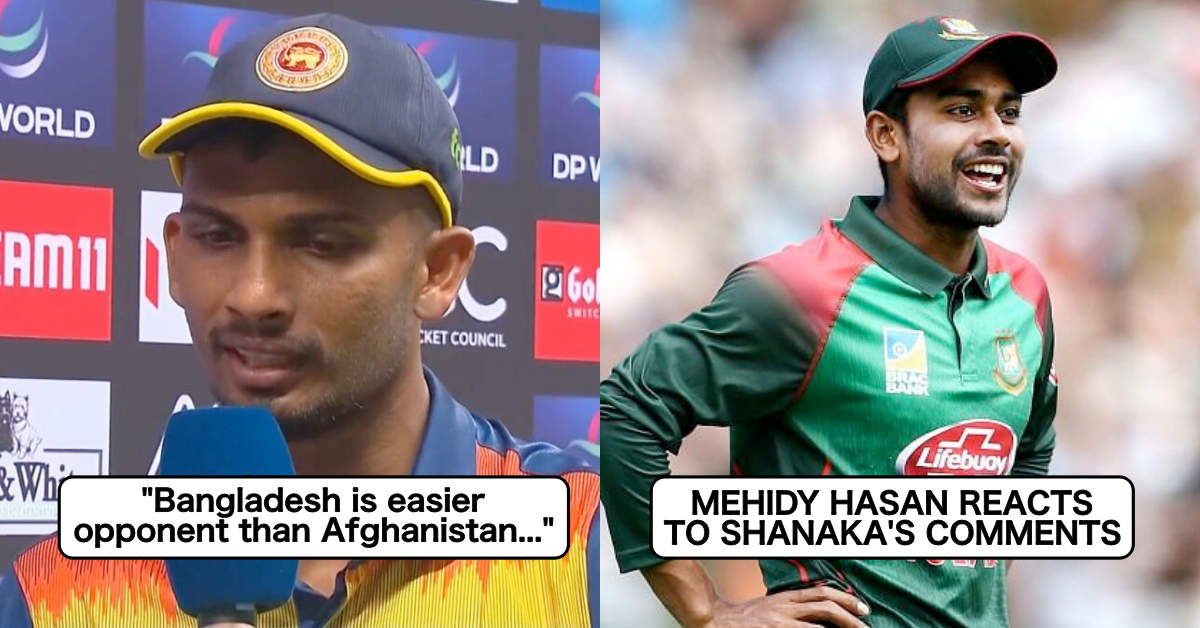 India and Pakistan may be the biggest rivalry in Asia, but Sri Lanka and Bangladesh are slowly forming a heated rivalry of their own. Sri Lanka made a bad start to the tournament when they lost to Afghanistan in their first game of the tournament on Saturday. Sri Lanka now have to win against Bangladesh in their game to keep their hopes alive for the super 4’s. The game on Tuesday will witness Bangladesh and Afghanistan lock horns. A win for Afghanistan will make them the 1st team to qualify for the Super 4’s.

Dasun Shanaka, the Sri Lankan captain saw his team endure a horrific start when they were bowled out for 105 on Saturday. Afghanistan won the game by 8 wickets with nearly 10 overs to go. This has pushed the 1996 world champs on the back foot and they need a huge win. While speaking to India Today, the Lankan skipper said “Afghanistan has a world-class bowling attack. We know Fizz (Mustafizur Rahman) is a good bowler. Shakib (al-Hasan) is a world-class bowler. But apart from them, there is no world-class bowler in the side. So if we compare with Afghanistan, Bangladesh is an easier opponent”

Mehidy Hasan comes up with a response –

Bangladesh are all but set to take on the Afghan challenge on Tuesday, where they start their campaign in the Asia Cup. Bangladesh have twice finished runners up in the last two editions of the tournament. Off spinner, Mehidy Hasan took exception to the comments made by Shanaka and said “ I don't want to make a comment that this team is good and this team is bad. I think good and bad are proved in the field. A good team can lose if they play badly on that specific day and similarly a bad team can win if they play a good game of cricket. We will meet in the field and at that end of the day the good team will win the match and what I feel is that we have to prove it in the field because if we play well certainly everyone will know who is a good team and who is a bad team so instead of predicting before I think it is important to play well on the field,''

Sri Lanka and Bangladesh players had a public altercation which nearly came to blows during the Nidahas trophy in 2018. This incident saw the Sri Lankan fans root for India against Bangladesh in the final of the tournament. Both the teams now face off against Each other on Thursday as it could be a deciding game for the 2nd team in the super 4.