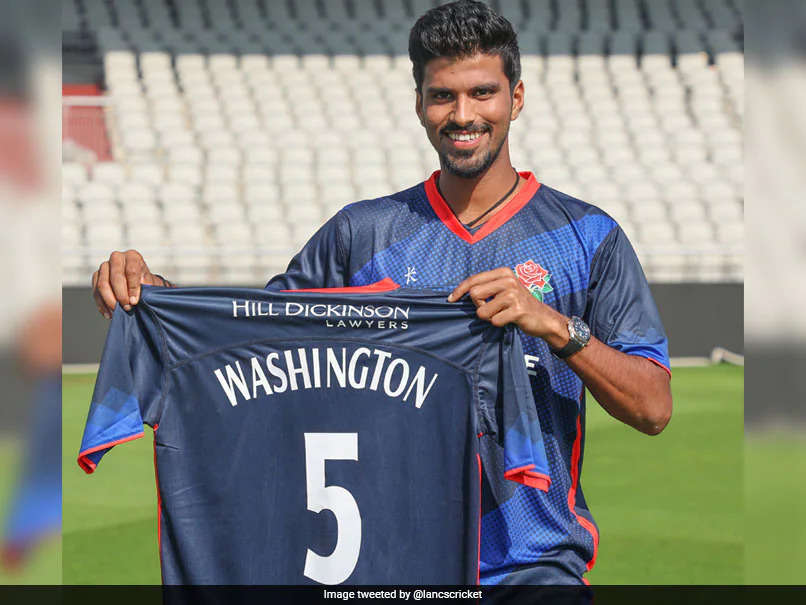 The Indian team is set to be busy touring the West Indies beginning this Friday. While Shikhar Dhawan will be leading the team in a three match ODI series, few other Indian players have been rested. The likes of Virat Kohli and Bumrah will miss both the ODI and T20 series. While Rohit Sharma is expected to be back for the five match T20 series. Few of the Indian players though are in England to play the county season and the English domestic 50 over tournament.

Sundar reveals the unusual reason he signed with Lancashire –

Ahead of his debut against Northamptonshire, the 22 year old Sundar was speaking to the YouTube Channel of Lancashire cricket. Sundar said he chose to sign for the Manchester based side because he always picked them while playing cricket on Playstation. “ remember playing with my Playstation and choosing Lancashire against most of the domestic teams here. It is great to be here and playing for Lancashire. It has got some exciting talents and some experienced players. I am looking forward to sharing the dressing room with them and to sharing of knowledge about how cricket is played here. Most importantly, I look forward to winning a lot of games and making memories with all”

Sundar who last played for Sunriser Hyderabad during the TATA IPL 2022 season has been laid low due to various injuries. He hasn’t been considered for any of the international commitments in the recent times. Sundar who has played 4 tests for India has taken the county cricket route to get back to the Indian team. Sundar cited his love for former England all rounder Andrew Flintoff when he said “I used to be Andrew Flintoff because he would give me four overs of solid pace and swing, and obviously he could come down at six or seven and tonk some huge sixes”. Sundar also praised England and Lancashire legend James Anderson when he said “Obviously, James Anderson is a legend, he can swing the ball both ways. Looking forward to seeing him here, seeing him bowl and how he goes about his things”