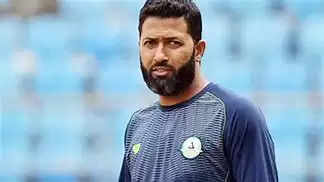 The schedule for the upcoming Asia Cup 2022 was announced yesterday. This tournament will see one of the arch-foe India and Pakistan facing each other in the Group A fixture matches in Dubai.

Both the nation’s fans are also excited as both the teams will clash twice first on 28th August and then in the Super4s stage later in the tournament. India and Pakistan match, which is not just a match, will be happening after a long time. The last match happened between the team was the T20 World Cup last year, which saw the Babar Azam led side defeating the Virat Kohli-led team.
The former India batter Wasim Jaffer shared a hilarious meme from the hit Netflix show 'Narcos', predicting the happiness of the broadcasters.

It was previously confirmed that Asia Cup will be hosted by Sri Lanka in the UAE. The tournament was moved from Sri Lanka to Dubai due to the ongoing economic crisis in the Sri Lanka. The match against Pakistan would be India’s first match in the upcoming Asian Cup, and after this match, the Rohit Sharma-led team will face a qualifier. After the group stage matches, there would be a Super 4 stage and the top two teams would advance to the final.
Jay Shah, President, Asian Cricket Council announced the relocation of the Asian Cup from Sri Lanka to UAE, and said  “Given the prevailing situation in Sri Lanka, the ACC has unanimously concluded after extensive deliberation that it is appropriate would be to move the tournament from Sri Lanka to the UAE,” the ACC said in a statement.

“Every effort has been made to host the Asian Cup in Sri Lanka and the decision to move the venue to the UAE was made after much deliberation. The UAE will be the new venue while Sri Lanka will retain the hosting rights,” he added..