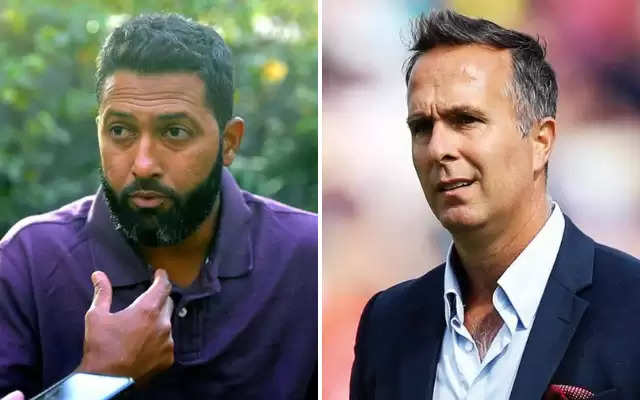 India posted a huge win over the current world champions in 50 over cricket by ten wickets to take a 1-0 lead in the series. Indian seamers broke the back of the English batting as Bumrah took his best every figures in ODI cricket. The English team were bowled out for a mere 110 which was their lowest against India in ODI cricket. During the course of the game, Former India opener Wasim Jaffer had a hilarious dig at former English skipper Michael Vaughan after the home team’s dismal show.

Michael Vaughan had taken a slight dig at Indian bowling –

Seeing his side getting bowled for a mere 110, Vaughan tweeted out to Jaffer and said “fancy coming round for Tea @WasimJaffer14!! Think I have an evening free”. Jaffer replied to the tweet and said “Haha sure Michael, just let me get my ducks in a row first”. The reference was after England batsmen got 4 duck in the early part of the innings. Jason Roy, Joe Root, Ben Stokes and Liam Livingstone had scored ducks to reduce their side to 26 for 5.

Haha sure Michael, just let me get my ducks in a row first 😉 #ENGvIND https://t.co/neJz6JHpl0

Virat Kohli likely to miss the 2nd ODI as well –

Indian team missed the services of Virat Kohli due to groin injury and Shreyas Iyer had played the first ODI. As per reports coming out of the BCCI, Kohli is likely to miss the 2nd ODI as well and India could go in with the same team that played the 1st ODI. The 2nd ODI will be played at Lord’s before the final match will be played at Manchester.