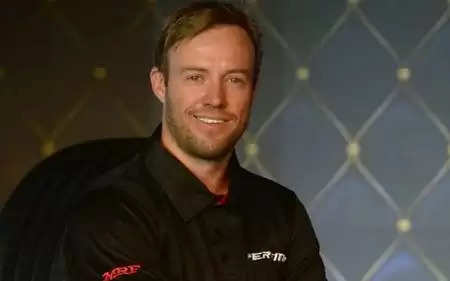 Royal Challengers Bangalore over the years have been one of the most followed team in the history of IPL. The team has had the services of Virat Kohli right from the start of the league in 2008. The team has seen some of the big names of the sport being part of the Bangalore based outfit.

There is no bigger name than AB De Villiers the former South African legendary batsman and captain. ABD as he is fondly called, enjoys a mass fan following along with Virat Kohli ever since he duo came together in 2011 till 2021.

AB De Villiers began his IPL journey with Delhi Daredevils (Now Delhi Capitals). The then 26 year old was released before the 2011 Mega Auction and was snapped by Royal Challengers Bangalore. For the nest decade IPL and Indian cricket were enthralled by the friendship and camaraderie of AB De Villiers and Virat Kohli.

It was Bangalore and its crowd which adopted ABD as its own and even gave him a rousing welcome as he made his way out to bat for his 100th test match for South Africa. ABD hung up his boots from Cricket after IPL 2021 season and wasn’t part of this season. It was soon confirmed that, ABD will not play IPL as he underwent an eye surgery ruling out any potential comeback to cricket.

AB De Villiers is In India and was recently speaking to Star Sports India, which happens to be the host broadcaster for the TATA IPL. RCB haven’t managed to win the league and remain one of the 3 teams along with Delhi and Punjab as the original bunch of teams not to have won the title.

Speaking to Star Sports India, ABD Said “It’s been how many seasons now? Quite a few, 14 or 15 or whatever. So, they would love to break the shackles. I think if RCB wins this one then, they'll probably win two, three, four quickly but let's wait and see what happens, T20 cricket is a bit of a gamble sometimes, anything can happen. Especially knockout games, but hopefully RCB's turn is around the corner”

It is no secret who @ABdeVilliers17 will be cheering for this year!#RCB fans, are you ready to chant Ee Sala Cup Namde with him?🤩 pic.twitter.com/sf5fCYJmju