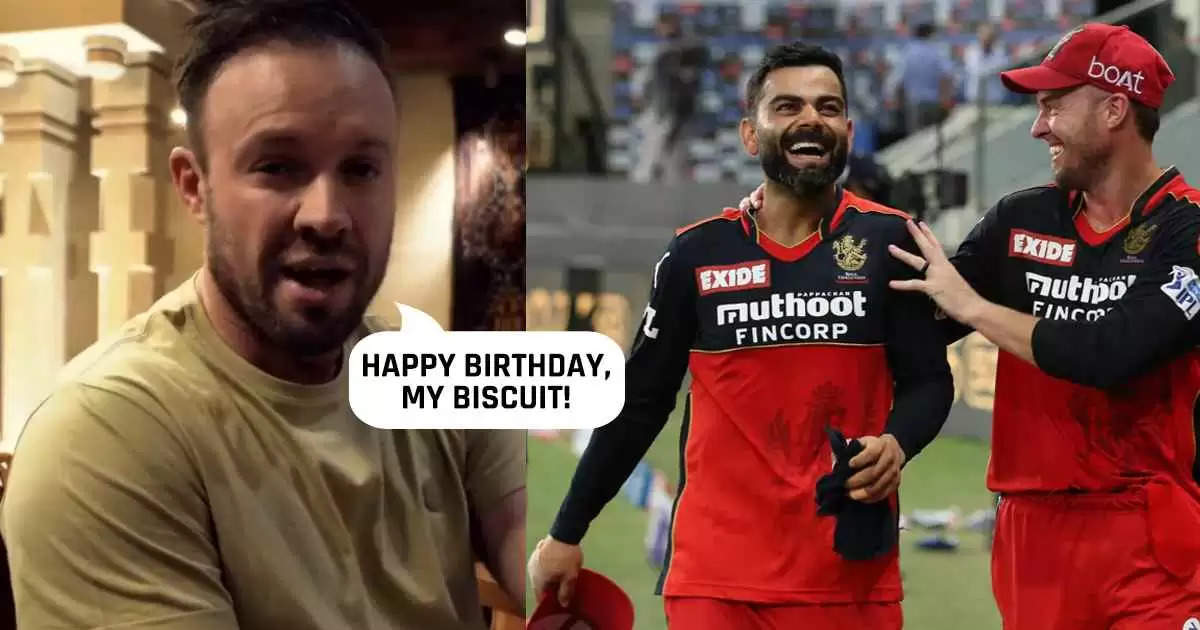 It is a special day for all Virat Kohli fans as he turns 34 on Saturday. The former Indian skipper is in prime form during the ongoing 2022 T20 World Cup. Kohli is getting ready for the final Super 12 game of the ICC T20 World Cup game against Zimbabwe. The Indian team is slated to play on Sunday at MCG where it began its campaign with a game against Pakistan in which Virat Kohli was in prime form.

Virat Kohli enjoys a special bond with former South African great AB De Villiers. The former Indian skipper considers him elder brother and has over the years shown admiration for the Mr.360. The duo have spent countless times playing together at RCB and won countless matches for the Bangalore based outfit.

ABD has a special message for Virat Kohli –

ABD said “Hello V, My Biscuit. I hope you are doing well. I am currently in Banglore. It’s quite ironic because am sitting here and sending this message just to wish you a very happy birthday on 5th of November. I hope you have a fantastic day. You are one hell of a cricket player. But you are much better human being”

AB De Villiers last played the IPL in 2021 before hanging up his boots from all forms of the game. Recently the 38 year old has undergone an eye surgery which has all but ruled out his comeback to any form of cricket as a player. ABD still holds Bangalore close to his heart. The Chinnaswamy Stadium was the place where he played his 100th test match for South Africa.

Kohli and ABD from 2011-2021 have had countless partnserhips which have won the RCB many games. they duo though haven’t been able to get their hands on the IPL title. The closest they came was during the 2011 and 2016 seasons when they were the finalist losing to CSK and SRH respectively.