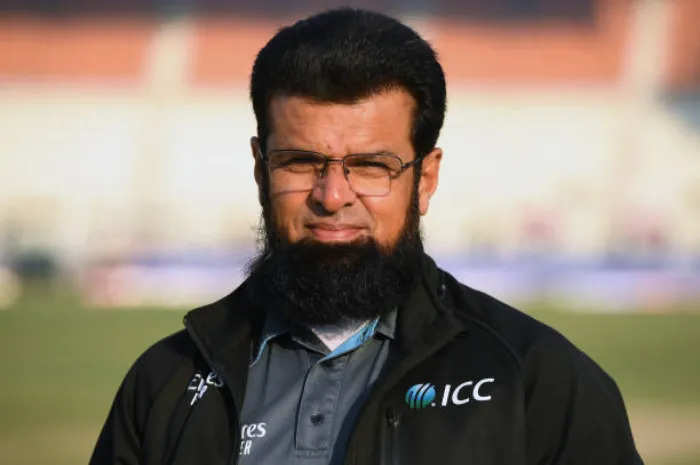 Pakistan Cricket team is witnessing the end to its home season with New Zealand in the middle of the ODI series. Pakistan won the 1st ODI and took 1-0 lead in the 3-match series. The two teams are playing all the 3 ODI games at the same venue at the National stadium in Karachi. The first half of the game saw some amazing batting courtesy of Kane Williamson and Devon Conway as the kiwis posted 261 on the board.

The incident in question happened during the New Zealand innings when they won the toss and chose to bat first. Mohammad Wasim Jr threw the ball towards the bowlers end. That’s when the ball struck umpire Aleem Dar right on his ankles. Aleem Dar seemed visibly irritated as he flung the cap and sweater on the ground and was in pain. Naseem Shah and the rest of the Pakistani players came to Aleem Dar to check on his well being.

Aleem Dar in the eye of the storm –

Aleem Dar has been in the news recently due to his officiating. Both the tests between Pakistan and New Zealand ended in a draw at Karachi. Not only the pitch, even the umpiring was called out during the two match series. Aleem Dar, it was said twice bailed out Pakistan from a loss due to the bad light scenario and called for stumps early.

While the early stumps during the 1st test wasn’t called out, the 2nd test happenings irritated a lot of fans. Pakistan needed 15 runs while chasing 319 to win with one wicket in hand. Naseem Shah and Abrar Ahmed were in the middle when the stumps were called for as the match ended in a draw, preventing Pakistan for a 3rd successive test series loss.

Aleem Dar is the new Sarfraz: tentative, unimpressive and grumpy. Should retire gracefully

The angry reaction of Aleem Dar did not sit down well with the fans as they took to Twitter and voiced their opinions. You can read all the tweets from fans embedded below.