Watch! Arshdeep Singh gets abused by a fan as angry journalist corners him 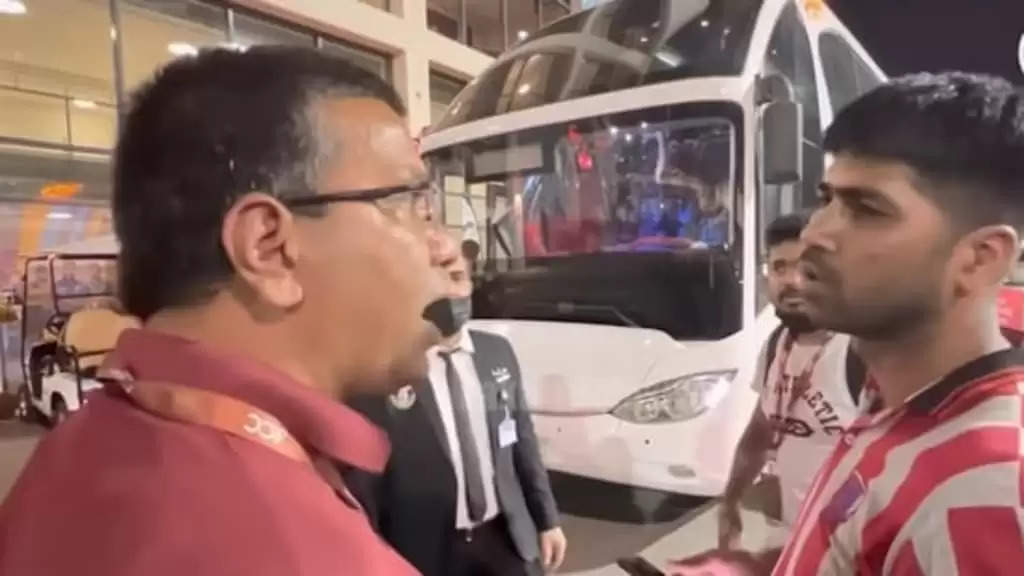 Asia Cup 2022 has been a forgettable one for India, but one player is particular has been under the eye of the storm. It is none other than young left arm pacer, Arshdeep Singh who has been the target of pre-meditated vicious trolling. What started out as a great tournament for the Indian players on the field has been soured but on the field and off it. One young player like Arshdeep has been repeatedly targeted with a design and one Indian journalist yesterday cornered one such abuser.

Arshdeep Singh the 23 year old left arm pacer has always been seen as a player with high potential. In the game on Sunday, against Pakistan he dropped a sitter of Asif Ali which ultimately turned the tide towards Pakistan. Once India lost the game, social media and its trouble makers came out to target the player and the faith he follows. This later to came to light that all the tweets that were made wasn’t from India at all. The entire activity was carried out with some purpose in a bid to stoke unrest amongst the Indian fans vilify the Indian public.

One man abuses Arshdeep as Vimal Kumar loses his cool –

With 7 runs to defend on Tuesday, Arshdeep was yet again given the ball to try to take India home. He was unable to do the task at hand as Sri Lanka emerged victorious to push India on the verge of exit. As the Indian players made their way to the bus, one man was seen yelling something in Punjabi dialect towards Arshdeep Singh. The bowler got into the bus and gave a cold stare to the guy before making his way inside. Vimal Kumar, an Indian journalist was seen having a go at the guy and giving him a piece of his mind. Before things could messy, the security guys stepped in and were seen asking Vimal Kumar about what took place.

While cricket is a mere sport, the constant targeting of the Indian bowler especially when there is always constant harping about brotherhood from one side only to play mischief on social media. This has certainly left a bitter taste in the minds and mouths of many Indian fans.