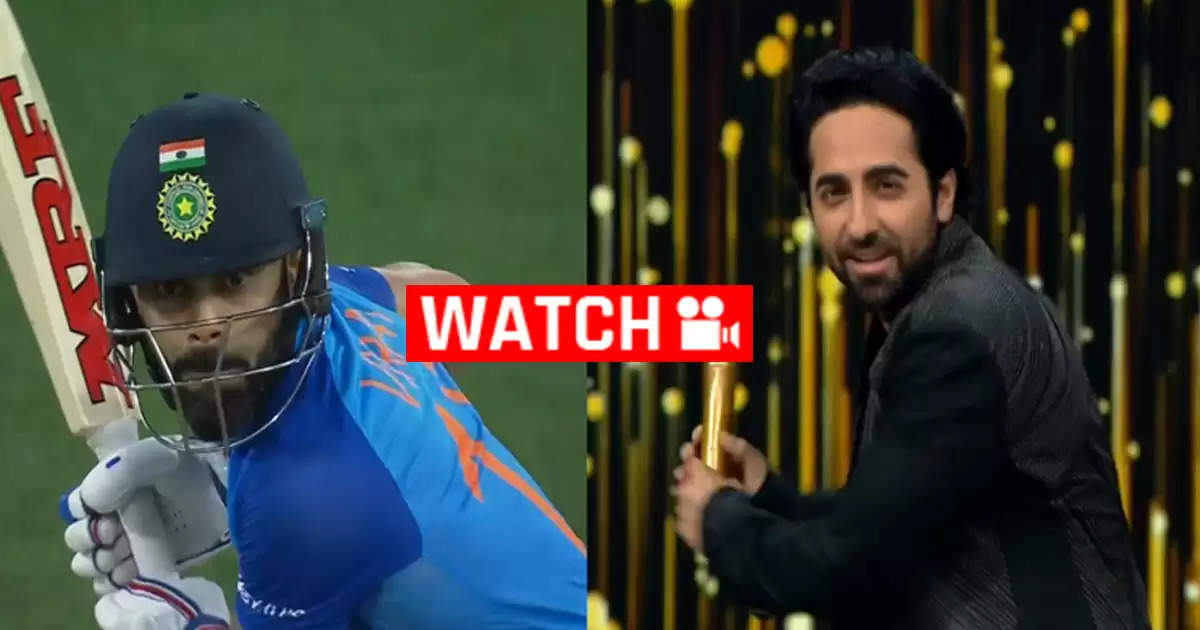 India is a land where there is massive craze for entertainment. Cricket and movies are the two primary forms of entertainment. There has been a constant mixing of the two heady industries. This came into a holy marriage with the start of the Indian Premier League.

Young Bollywood actor Ayushmann Khurana is known for his acting talents. The youngster is considered one of the best on the big screen after his transition from the small screen.

Ayushmann Khurana was recently part of the Indian Idol, a musical show while promoting one his upcoming movies. During the course of the show, the actor revealed his admiration for Virat Kohli.

Khurana went up to the stage and replayed the shot played by Kohli versus Pakistan. The actor also did an impression of the hapless reaction by Haris Rauf as the ball flew over his head for a six.

Speaking about Virat Kohli, the Indian actor said “Virat Kohli is a legendary sportsman, He is special and like you. If he is following you that means you have a lot of talent and potential”. It was later revealed that Ayushmann Khurana was followed on social media by Kohli and his wife.

India and Pakistan locked horns during the 2022 T20 World Cup on 23rd October at the MCG. Pakistan batted 1st and scored 159 on the board thanks to 52 by Shan Masood and 51 by Iftikhar Ahmed.

Chasing 160 to win, India were reduced to 31/4 when Virat Kohli and Hardik Pandya joined forces. The pair added over 100 runs to bring India back into the contest.

The over which changed the face of the game –

Haris Rauf bowled the 19th over with 31 to defend off 12 balls, the first 4 balls saw India score just 3 runs to make it 28 off 8 balls. That’s when Virat Kohli stepped up and played the shot of the tournament.

Haris Rauf bowled one short and Virat Kohli went onto the back foot and hit the bowler over his head into the sight-screen. This shot was named the shot of the tournament by the ICC. The very next ball, Kohli hit Rauf for another six to make it 15 runs off the over.

The final over saw Kohli hit a six off a no ball by Mohammad Nawaz as India went onto win the game of the last ball. Kohli scored an amazing 296 runs with 4 half centuries during the 2022 ICC T20 World Cup and became the highest scorer as India got knocked out of the tournament in the semi finals to eventual champs England.