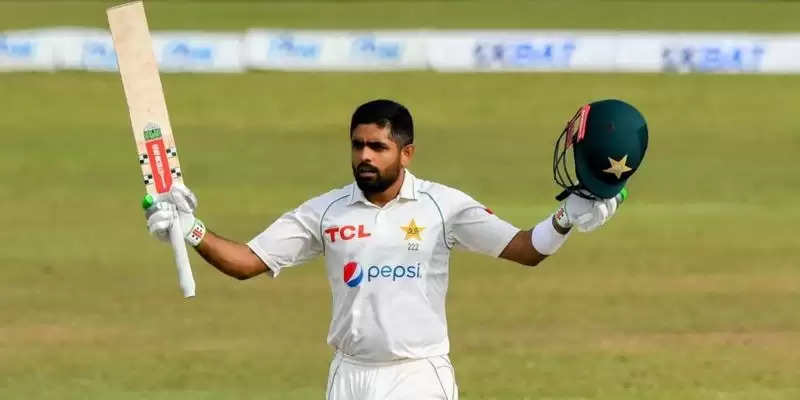 Sri Lanka and Pakistan are engaged in one of the best games of test cricket seen this calendar year. Pakistan are touring Sri Lanka for a short series where they will play 2 tests to be played both at Galle. Sri Lanka come into series after having drawn their 2 match series against Australia 1-1. By the end of day two 21 wickets had fallen and Sri Lanka have an overall lead of 40 runs with 9 wickets in hand as the test match heads into the moving day on Monday.

Pakistan began the day at 24 for 2 with Azhar Ali and Babar Azam at the crease. The men in green had lost both their openers towards the fag end of day 1. The Sri Lankan bowlers came out all guns blazing as they reduced Pakistan to 85 for 7 and 137 runs in arrears. That’s when Azam decided to put his head down and bat with the tail and score his 6th test ton. The entire Pakistan changing room stood up to applaud the efforts by Azam as he fought a lone battle against Sri Lanka.

Azhar Ali was the first man to go when he fell to his 3rd ball of the day for 3 off 41 balls falling LBW to Jayasuriya. Rizwan looked to push on the scoring rate as he added 40 runs with Azam for the 4th wicket. Ramesh Mendis then got Rizwan for 19 to reduce Pakistan to 64 for 4.

It was then the Jayasuriya show as he picked 3 wickets in a row, first to go was Agha Salman for 5. Nawaz was next as he too fell for 5, before Afridi fell for first ball duck to reduce Pakistan to 85 for 7. It was 3rd successive 5 wicket haul for Jayasuriya after he took 6 in each innings against Australia.

Babar Azam stages a fightback with the lower order –

The recovery began when Azam and Yasir Shah added 37 as the veteran leg spinner scored 18 off 56 balls. The stand was broken by Theekshan, Hasan Ali came out and swung his willow to score 17 off 21 with 2 sixes. At 149 after added 36 runs with Babar Azam, Ali was dismissed by Ramesh Mendis. Azam and Naseem Shah then added 70 for the last wicket as Shah stood for 52 balls to score 5 and help his skipper reach his century.

The amazing innings by Azam got a lot of support from the cricket fans on twitter and you can read the tweets below.