Watch! Bairstow plays an amazing shot against Rabada during the 2nd T20 versus South Africa 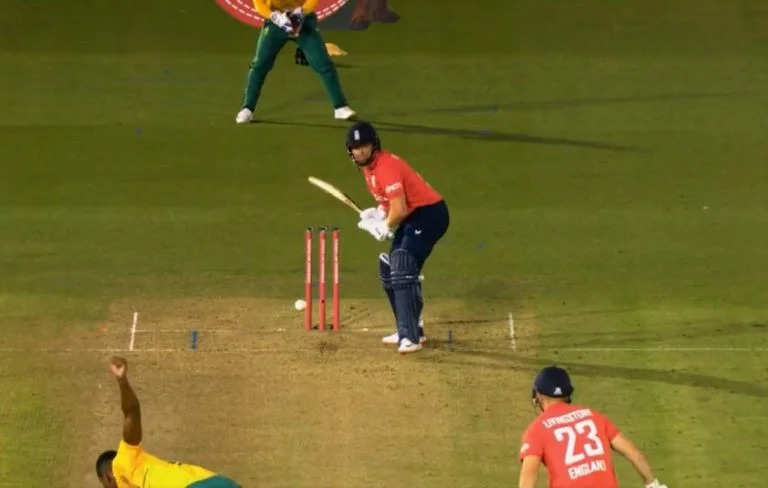 South Africa and England played the 2nd T20 at Sophia Gardens in Cardiff just a day after playing the 1st game a day earlier at Bristol. England had scored 234 in the first game of the series and won the game by 43 runs despite the brilliance of Tistan Stubbs who scored 72. England came to Cardiff armed with 1-0 lead in the series and confidence behind them.

Jonny Bairstow was the soleman standing between South Africa and a win to square the series at 1-1. England's batting had failed to come to the fore in pursuit of 208 on Thursday. Bairstow had scored 90 in the previous game and had the hopes of all the fans on Thursday night. Rabada was bowling with pace when he bowled a perfect Yorker to Bairstow. The 32 year old who is in form dug out the yorker and saw the ball speed to the fence for four. This left every one in shock and awe.

Quinton De Kock and Reeza Hendricks opened the innings for South Africa and were going at over ten runs per over. De Kock scored 15 off 11 before he fell to Moeen Ali caught by Jason Roy. Hendricks then joined forces with Rossouw who was making a comeback after 6 years away from the game due to Kolpak. Hendricks had scored a half century in the first game as well and the pair added 73 runs for the 2nd wicket before Hendricks was out for 53 off 32 balls with 3 fours and 2 sixes. Rossouw was not out on 96 which was his best score from 55 balls with 10 fours and 5 sixes.

South Africa skittle out England for 149 -

Chasing 208 to win, Jos Buttler was in his elements as he went after the England bowlers to score 29 off 14 balls with a four and 3 sixes as the opened stand raised 37 on the board. From that point on the England team saw wickets fall at regular intervals. The South African bowlers showed discipline with the ball to peg back the hosts. Bairstow with 30 was the top scorer along with Buttler (29), Moeen Ali (28) and Jason Roy 20. Andile Phelukwayo and Tabrez Shami picked 3 wickets each for the visitors.