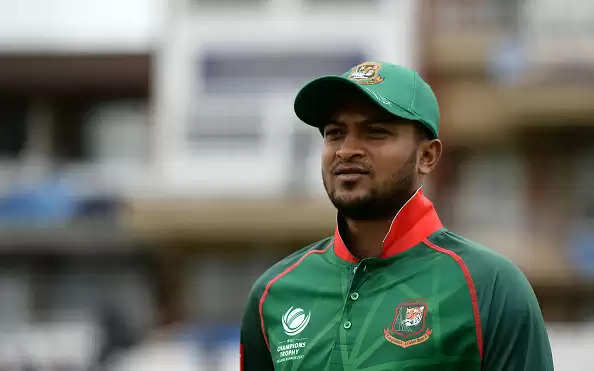 Indian team is now one step away from reaching the Semi-finals of the 2022 ICC T20 Cricket World Cup. India beat Bangladesh by 5 runs to go top of the table with 6 points ahead of South Africa. This win all but seals the final 4 spot for India and made it difficult for Bangladesh. India will face Zimbabwe on Sunday in its final game while Bangladesh take on Pakistan on the same day.

Chasing 185 to win, Shanto and Liton Das came out to open the batting. Das was aggressive right from the word go as he scored the 2nd fastest 50 of this tournament. With the score reading 66/0, Adelaide Oval saw the match stopped due to rains. The play was halted for a while before rains relented and the match could begin.

When the rain came down on Duckworth and Lewis Method, the Bangladesh team were ahead by 17 runs after the 7 over mark. Had the rains not stopped the Indian team would have lost the game.

Once the rains stopped the match was to be restarted and the equation was now 151 to win from 16 overs. Bangladesh needed 85 runs from 9 overs with all ten wickets in hand. Shakib Al Hasan though did not seem keen to go back out and start the match.

The Bangladeshi skipper was seen having a word with umpire Marais Erasmus even as Rohit Sharma joined. While it wasn’t fiery, Shakib could be seen making a fair point to the officials as Rohit tried to calm the situation down.

Post the fall of Liton Das thanks to a brilliant throw by KL Rahul, the Indian bowlers kept picking wickets at regular intervals. The Bangladeshi batters were seen to be throwing their bats around and offering catches to fielders in the deep. Arshdeep Singh picked 2/38 from his 4 overs to win the close game for India.

The decision to restart the game did not sit down well with the Bangladeshi fans as they aired their grief on Twitter. The fans had a go at the Indian team and even the ICC and you can read all the tweets below.

From Shakib's reaction, it seems that the umpires have done their job in today's match. #INDvsBAN pic.twitter.com/vYXnexDiPf