Watch! Bumrah gets the wicket of Liam Livingstone with a beauty 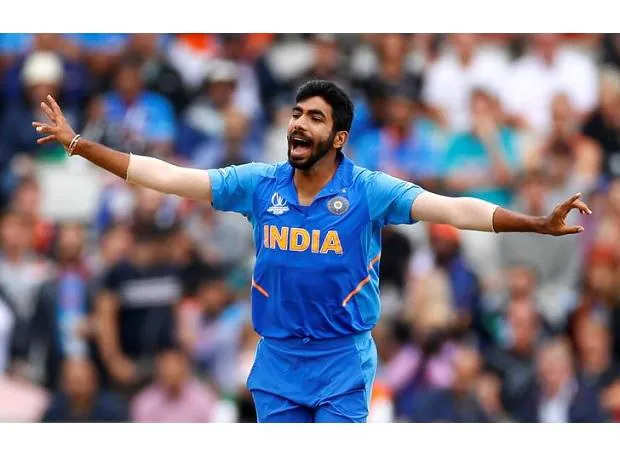 One Day International cricket is back after a prolonged spell of T20 cricket hogging the headlines. The Indian team and its fans were waiting for the blockbuster clash between the two heavy weights of the white ball game. It was a while after the Indian and English teams were playing the 50 over format. The 3 match series began on Tuesday at the KIA Oval ground in London with 2 more games to be played on Thursday and Sunday. Rohit Sharma on winning the toss put England into bat as Jos Buttler took over the England captaincy in the ODI format from the now retired Eoin Morgan.

Jasprit Bumrah was breathing fire when he was given the new ball as the 28 year old was bowling with good speed and amazing swing. After having prized out the big 3 of English batting in Roy, Root and Bairstow, Bumrah had put the home team on the back foot. In walked Livingstone who had replaced Morgan in the middle order, but the right hander was all at sea. Livingstone in desperation came down the track and went to flick Bumrah. Much to the batter’s horror, Bumrah had slipped a yorker to take out the leg stump and send him back for a duck.

Bumrah gets Livingstone ahead –

The attack at all costs formula of Eoin Morgan seems to have come back to haunt the English men as they were reduced to 26 for 5 with Moeen Ali and Buttler in the crease. The Indian team under the overcast London skies had the home team looking clueless, Bumrah by the end of the 10th over had already snapped 4 wickets, while Shami had the wicket of Stokes. 4 England batsmen were out for duck, Roy, Root, Stokes and Livinstone to have England in trouble.

At the time of writing, the England team had lost the wicket of Moeen Ali for 14 caught and bowled by Krishna to leave the home team at 53 for 6.