Watch! Cheteshwar Pujara sends a reminder to selectors with yet another century

For over a decade, the name Cheteshwar Pujara was synonymous with being a rock for the Indian team in test cricket. Post the retirement of Rahul Dravid in 2012, in walked Pujara and the transition was seamless. The man from Saurashtra took blows on his body and stood like a rock to earn India series win in Australia. He hit a lull when he couldn’t score a international ton since 2019 when he scored 193 in the SCG test to give India a 2-1 series win for the first time down under. Pujara had scored 521 runs in that tour but the runs had dried up from his blade.

Pujara and Rahane were dropped from the Indian team for the series against Sri Lanka, while Rahane is warming the benches in IPL. Pujara has found his away time and put it to good use by scoring runs in abundance for Sussex. Saturday was the day when Pujara scored his 4th century in a row. He has scored 636 runs so far for Sussex, with scores of 6 and 201* against Derbyshire, 109 and 12 against Worcestershire and 203 against Durham. Currently playing against Middlesex he is not out on 125 off 149 balls with 16 fours and 2 sixes.

It's a privilege to watch, @cheteshwar1. 👏 pic.twitter.com/IF8nLUt9Yg

The battle with Shaheen Afridi –

While all the fans were busy watching the IPL. There was an India – Pakistan contest on between Pujara and Afridi. The left arm pacer was carted for an upper cut six by Pujara very early in the innings to signal his intention. Pujara seemed a man on a mission as he hit every bowler all around the park. Pujara will be looking to score his 3rd double ton of the season and keep scoring runs to make the national selectors look at him and pick him for the one off test match against England. 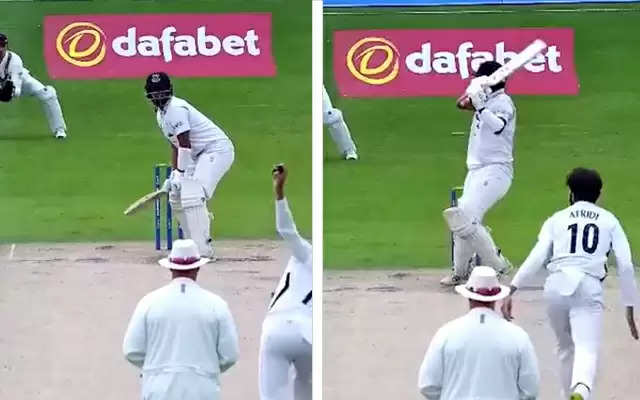 One of the biggest issues faced with the selectors was the strike rate issue. It was seen that Pujara would take time to get off the blocks which many felt was affecting the team India chances of scoring quick runs. In a team filled with stroke players, Pujara was a relic from the past. This season in the county championships he has scored runs at a quick pace as you can see below.

Pujara has given the selectors a timely reminder of his class and talent with the bat and at 34 he still has a few years to go in the game. Since he doesn’t play the white ball format or the IPL, he could easily serve India for half a decade more before he calls it quits.