Watch! Comedy of errors by England fielders has the cricket fans in splits 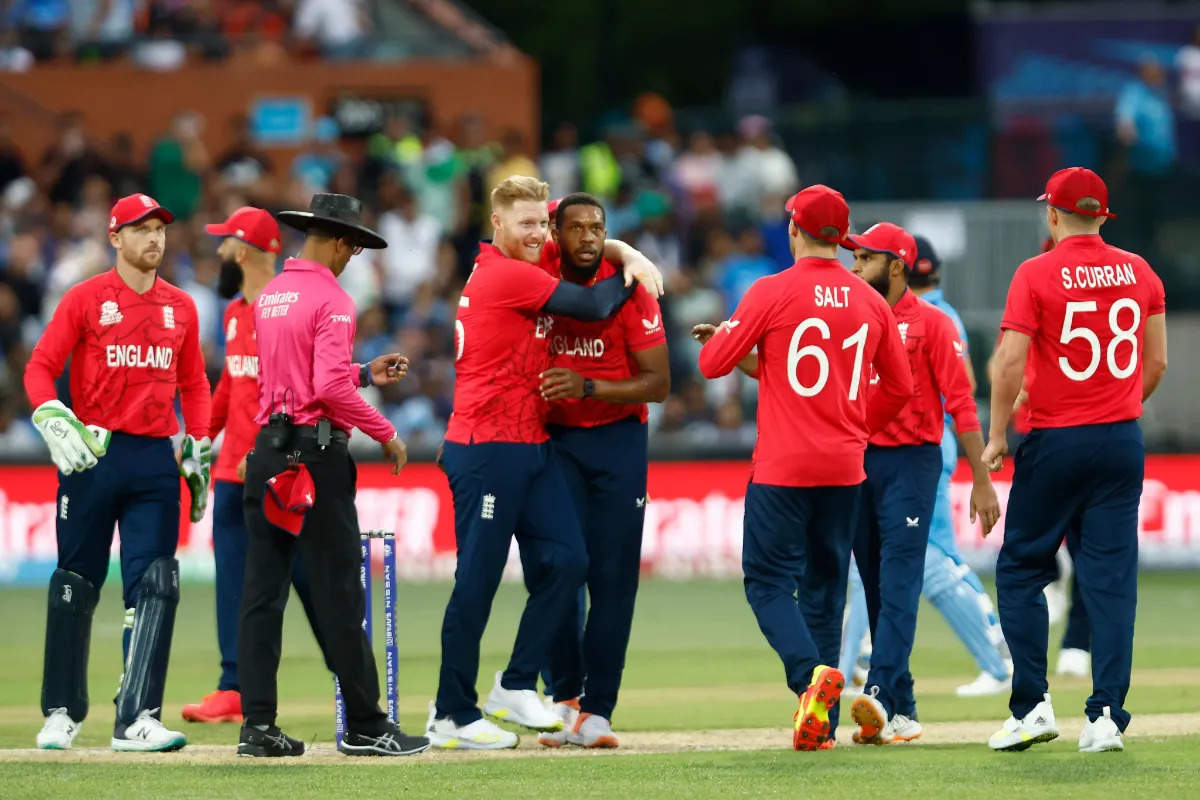 England and Pakistan were the final two teams as they took the field for the prestigious ICC T20 World Cup 2022. The two teams came into the summit clash displaying contrasting form during the Super 12 stages of the tournament.

England had lost to Ireland before managing to recover in time and beat Sri Lanka to dislodge Australia from a place in the Semi- Finals. Pakistan on the other hand lost to India and Zimbabwe in the first two games of the tournament. The Babar Azam led side won their next 3 games, but it was the loss by South Africa to Netherlands which got them back into the tournament.

Over 80,000 fans were in hand to watch Pakistan and England play each other for the 8th time this year. The two teams had played a 7 match T20 series before the World Cup which was won by England with a 4-3 margin. England won the toss and chose to bowl as they did against India in the semi finals on Thursday.

The incident happened during the 3rd ball off the 18th over as Chris Jordan was bowling to Mohammad Wasim Jr. The batter hit the ball towards the point fielder which was fielded by Harry Brooks.

England bowlers come to the fore –

Pakistan openers, Babar Azam and Mohammad Rizwan again got off to a very slow start. The English bowlers kept their cool and bowled the right lengths and did not let the Pakistani batters get away.

The fielding effort by England had the fans in splits as they took to Twitter to have their say and you can read all the tweets below.