Watch! Cricket fans take to Twitter to gush over the debut by Umran Malik 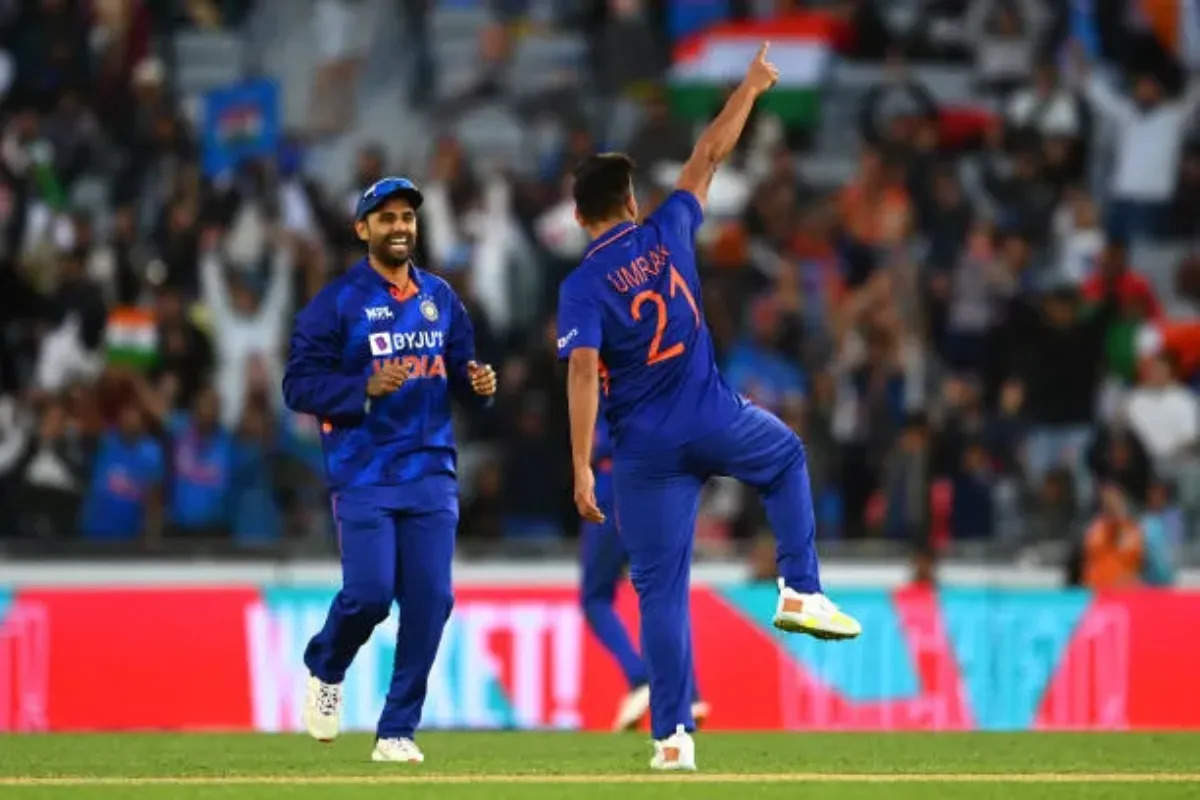 After nearly a month and a half, the Indian cricketers were back into the ODI cricket mold. India and New Zealand played the first ODI off 3 on Friday at the Eden Park in Auckland. The Indian posted a competitive 306 on the board after batting first.

The kiwis chased down the target with relatable ease as they took a 1-0 lead in the series. The 2nd game will be played on Sunday as the Indian team will make to look a strong comeback into the series.

It was a wait finally over for the Jammu and Kashmir pacer who has been turning heads with his pace time and again. Malik did not play in any of the 3 T20 games for India recently under the captaincy of Hardik Pandya.

23 year old pacer from Jammu and Kashmir, was at the forefront of the pace onslaught from India. Malik, bowling his 5th over had Daryl Mitchell hit out and get caught by Deepak Hooda at deep point boundary.

Malik then proceeded to do the “thigh five” a celebration made famous by Pro Kabbadi Players and stand in India skipper Shikhar Dhawan. This was the 2nd wicket of the day for the young speedster as he had the wicket of Mitchell for 11 to reduced NZ to 88/3.

The wicket of Mitchell was sadly the last time Indian team celebrated for the day. Tom Latham, scored his career best of 145* off 104 balls with 19 fours and 5 sixes. Skipper Kane Williamson was not out on 94 off 98 balls with 7 fours and a six in his innings.

The pair added 221 unbeaten runs in 27 overs as they took the attack to the opposition. The Indian fielding and bowling to was below par as some school boy errors cost the Indian team dear.

The Indian cricket fans took to Twitter to have their say on the celebration of Umran Malik and you can read all the reactions in the tweets below.

Now we are haveing a superjet 🚀 #UmranMalik

Umran Malik is the real deal 🥵

That is the birthday gift from Umran Malik to Daryl Mitchell 🎂

Accept it! Umran Malik is making us glued to the screen#IndiaVsNewZealand #umran

Accept it! Umran Malik is making us glued to the screen#IndiaVsNewZealand #umran

Play the kid every game, he is special #UmranMalik #BCCI #NZvsIND