Watch! David Warner and Matthew Wade get into a ugly shoving match 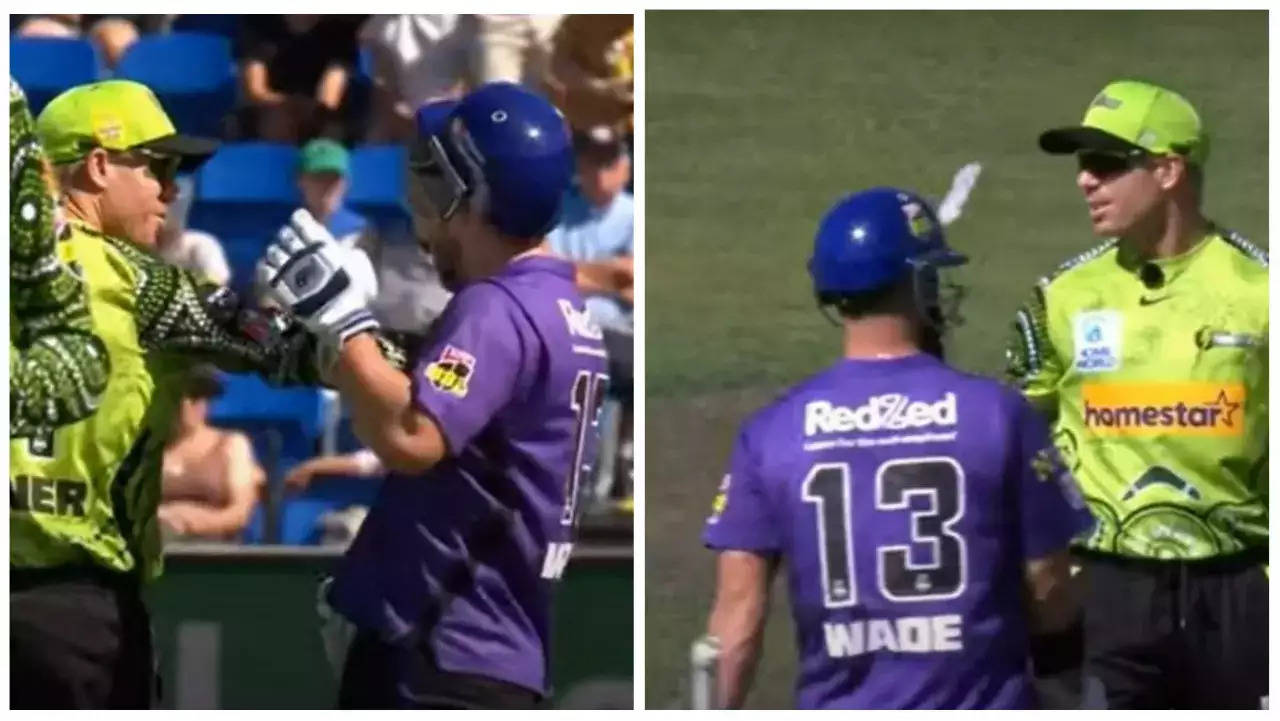 Australian summer is witnessing the heat of the game catch up as the Big Bash League gets into the business end of the tournament. Sydney Thunder and Hobart Hurricanes faced off each other in a highly charged encounter which was played at Hobart on Sunday. The match saw high drama as there was a huge flash point between few Australian players.

Sydney Thunder came into the game at Hobart needing a win to keep pace with the teams in the top 4. Sydney had 10 points from 10 games, while the hosts Hobart had 8 points from 9 games. Win for the Thunders would have meant, they go into the 5th place with 3 games left to play the in the league phase.

Wade and Chris Green get into huge argument –

The incident in question happened during the 10th over of the Hobart Hurricanes innings. Chris Green was bowling to Matthew Wade with the Hobart side needing 38 runs to win from 61 balls left. That’s when the teams went in for a drinks break at the 10 over mark.

Getting to the bottom of what happened earlier, with Chris Green and Matthew Wade #BBL12 pic.twitter.com/g3PFkhWMYp

The incident kept on escalating as the umpires tried to calm the situation down. Just when it seemed all was cool, David Warner and Matthew Wade started having a go at each other. Wade after having a word with Daniel Sams and Chris Green bumped into Warner who gave him a shove much to the shock of the commentators.

Batting 1st, the Thunders lost Warner for a duck when he was bowled by Riley Meredith. The right arm pacer struck again when he sent back Sam Whiteman for 5 to leave the Thunders at 19/3. Oliver Davies top scored with 45 as Chris Green with 21 and Ben Cutting with 20 saw Thunder reach 135 on the board.

Chasing 136 to win, Hurricanes lost their openers to be placed at 13/2 before losing Zak Crawley for 12 to be at 20/3. That’s when Wade and Tim David came together to add 69 runs for the 4th wicket. Wade was out for 30, as Tim David continued on his merry ways scoring 76 off 41 balls with 5 fours and 6 sixes as Hobart won the game in the 17th over with 5 wickets in hand.

What are we guessing this was about between Green and Wade 🤔 #BBL12 pic.twitter.com/CnhqOybVyD