Watch! David Warner comes up with a hilarious chat on the stump mic 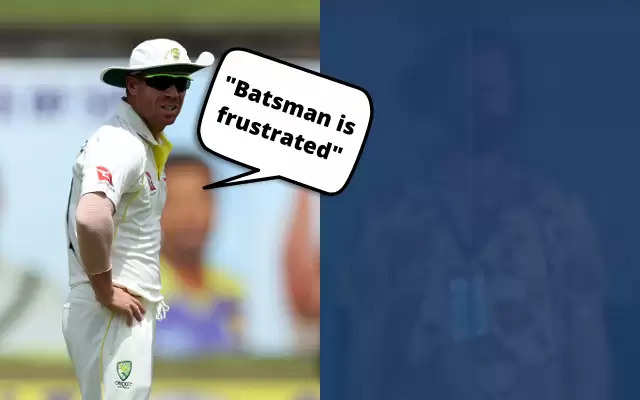 It has been a terrific start to Pat Cummins and his test captaincy career for Australia. The right arm quick bowler has won the Ashes and the series in Pakistan in his first two assignments. Leading in his 3rd series against Sri Lanka away from home, Cummins saw his team dominate the 1st test. Australia won the opening test at Galle within 2 and half days before the lunch interval on the 3rd day to take a 1-0 lead in the series. This meant Australia were ahead in the WTC table and more or less booked a place in the WTC final for 2023.

David Warner comes up with a request to the broadcasters –

It was a rather tiring day for the Australian bowlers and fielders as the Sri Lankan batting came to the fore. The Home Team have been under pressure for regular batting failures. On Sunday they batted the entire day as the went past the Australian total of 364 to take a massive lead. During the course of the Sri Lankan batting, Warner was heard telling the broadcasters stumping on the stump mic which made the commentators laugh. Warner said “  Broadcast, can you tell Geoff Lemon to sit down, in the yellow. Batsman is frustrated, please”

Last evening, @davidwarner31 used our stump microphone to send out a message to @GeoffLemonSport. Not that the message had any impact whatsoever 🙄 #SLvAUS #Galle pic.twitter.com/QUeU9xgktx

Dinesh Chandimal was once touted as bright future for Sri Lanka, but the 32 year old hasn’t really fulfilled his potential. Playing his 68th test the former Sri Lanka skipper put the memories of the last game behind. Chandimal scored his first double century for Sri Lanka which turned out to be his best score for national side. Chandimal was not out on which was his 13th century from 326 balls. His knock included 16 fours and 5 massive sixes. Chandimal’s unbeaten double ton helped SL reach a massive 554 on the board and take a lead of 190.

Sri Lanka were tasked with chasing the 364 set by the Australians on the back of centuries from Labuschagne and Smith. Sri Lanka lost Nissanka early but Karunaratne and Kusal Mendis made decent contributions. The SL skipper scored 86 while the diminutive Kusal Mendis scored 85. Former skipper Mathews played another fine knock before falling for 52. Debutant Kamindu Mendis helped forge a 133 run stand with Chandimal before falling for 61. Chandimal got good support from Ramesh Mendis who played 98 balls for his 98 and Theekshana who stood 27 balls for his 10 to help SL reach 554 on the board.