Watch! David Warner wins the hearts of fans with his gesture as fans are bowled over on Twitter 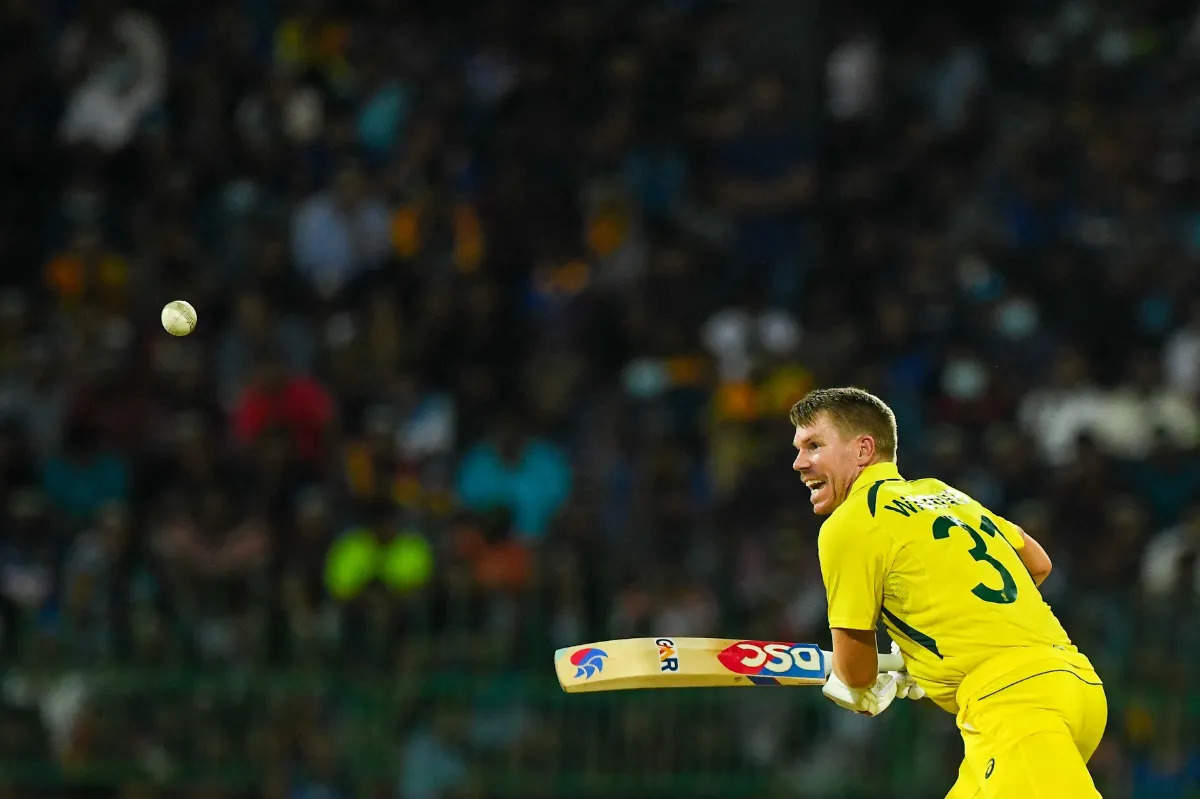 David Warner has been in the news for the last 24 hours. The 36 year old left hander is on the verge of being bought into the equation for captaincy. Warner ever since his comeback to cricket after serving a one year ban due to the ‘Sandpaper Saga’ in 2018.

Ever since his comeback, David Warner has shown a different side to his personality. From fiery and short tempered , Warner has mellowed into a friendly and affable human being and has been winning hearts of the fans.

David Warner has been in tremendous form with the bat during recent times. He has been at the forefront of the batting prowess for Australia. The 36 year on Tuesday finally broke his near 3 year drought by scoring his 19th ODI Century for Australia.

David Warner and Travis head struck centuries as Australia posted a massive 355/5 on the board from the 48 overs. Warner scored 106 runs from 102 balls before falling to Olly Stone caught by David Willey.

Warner headed back to the hut thus breaking the 268 run opening stand between the pair of Travis Head and David Warner. The left hander was swarmed by a few young fans while walking back to the pavilion. It was a lucky day for one such fan as Warner tossed him his gloves. The joy on the face of the young player was there to be seen as he rushed back to his seat to show his friends the goodie he had been handed.

Constant rain interruptions made it a 48 over encounter and England had to chase 364 for a win. Adam Zampa was the chief destroyer again as he picked 4/31 from his 5.4 overs. Zampa picked the wickets of Moeen Ali for 18 before getting rid of English captain Buttler for 1. The leggie then got the wickets of Chris Woakes for a 1st ball duck before claiming the lasty wicket of Olly Stone bowled for 4.

Jason Roy who has been in bad form with the bat, finally found some nick to score 33 runs off 48 balls with 6 fours, while James Vince scored 22 runs off 45 balls. Pat Cummins and Sean Abbott picked 2 wickets each, while Hazlewood and Mitchell Marsh picked 1 wicket each.

The generous act by Warner had the fans applauding him as they took to Twitter to have their say and you can read all the tweets below.

A good gesture from david warner he gave his glubs to kid.

What a generous man!