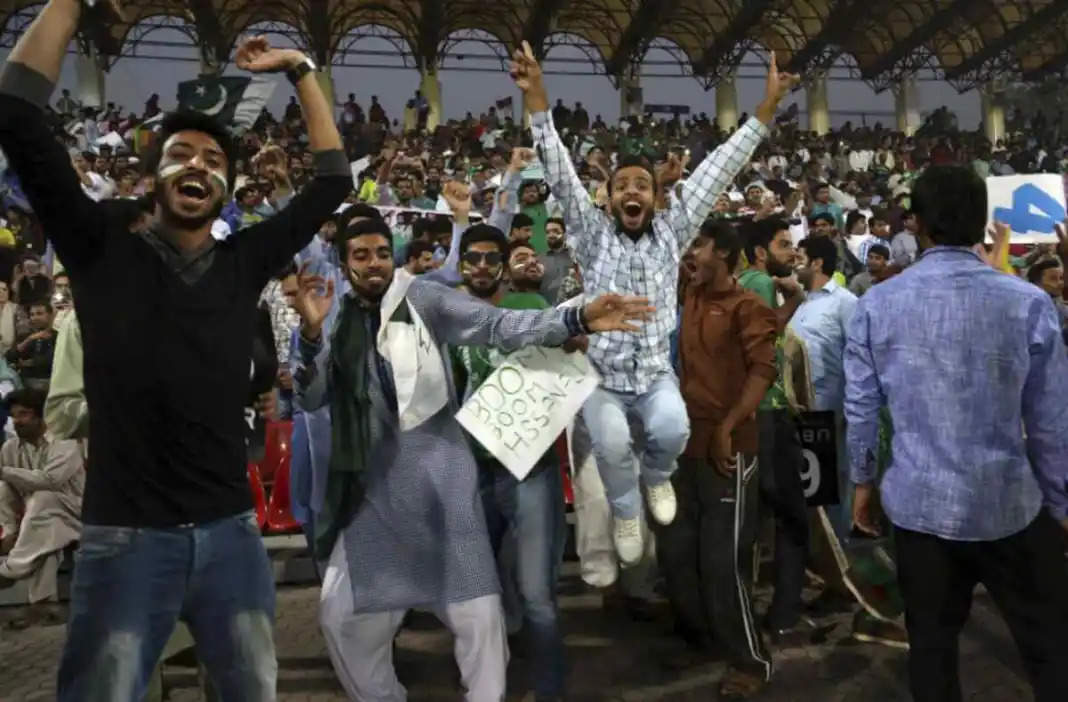 It was a huge win for SrI Lanka as they beat Pakistan in the second test at Galle. The win for SrI Lanka came post lunch on the final day of the test match. The win also meant that Sri Lanka drew the series 1-1 and Pakistan skipped below India in the world test championship points table. Pakistan had their hoped on captain Babar Azam but Prabath Jayasuriya and Ramesh Mendis spun the home side to a win. There was one major talking point was which took place in the stand during the second test at Galle.

Sri Lanka fans were happy to see their team on the way to a win during the fifth days play at Galle. The camera panned to fans happily dancing and cheering the inevitable win. That's when the cameras panned to a fan who was probably too much drunk or too excited holding and dancing with a foreign fan. His antics came across as uncomfortable and Dinesh Chandimal and his facial expressions certainly was evident.

Pakistan began the day with a hope to save the game and take series. Captain Babar Azam ess showing his class yet again when he shored up one side and enjoyed a good stand with wicket keeper Mohammad Rizwan. The two Azam in particular was going about the run scoring quickly.

Jayasuriya and Mendis spin a web -

Once Jayasuriya got rid of Azam the rest of the batters folded like nine pins. Azam with 81 and Rizwan and with 37 top scored for Pakistan. For Sri Lanka it was Jayasuriya who picked 5 for 117 and 4 wickets for Ramesh Mendis that gave the home side a win by 246 runs and 1-1 series result