Watch! Dinesh Karthik comes up to a heartfelt reply to RCB’s video on Twitter 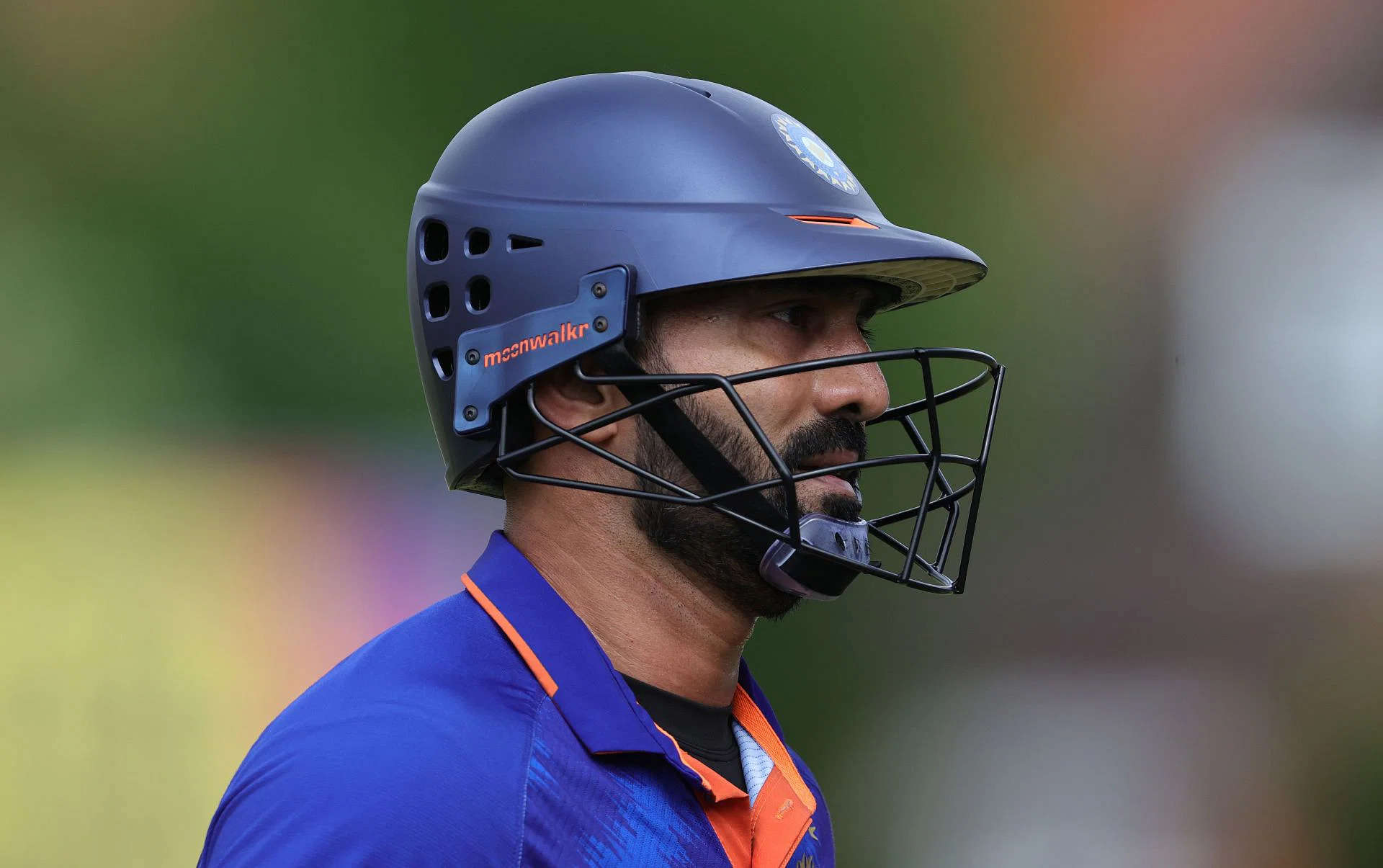 2022 has been year of redemption for many of the Indian cricket players. The likes of Virat Kohli, Surya Kumar Yadav, Sanju Samson all have shown their wares during this calendar year. There has been one player though, who has been at the forefront of a dream comeback. The player in question is the 37 year old, Dinesh Karthik who has found his form to make a comeback to the Indian team. Karthik was recently picked for the Indian team for the T20 world cup squad.

Dinesh Karthik on Monday, was named in the Indian team final 15 for the T20 world cup. The world cup in Australia was a dream for the 37 year old, which not many had given him a chance. Karthik’s IPL side, Royal Challengers Bangalore took to Twitter to post an 18 second clip. Karthik could be seen in his elements and RCB wrote “we couldn’t be more happy for you, @DineshKarthik! Special comeback for a special player”

We couldn’t be more happy for you, @DineshKarthik! ❤️

Karthik comes up with a heartfelt reply –

The year 2022 has been nothing short of a dream for the veteran India cricketer. Dinesh Karthik who was dropped from the Indian side in 2019 post the 50 over world cup. He endured two bad years in the IPL in 2020 and 2021. He was released by KKR and during the TATA IPL 2022 auctions he was picked by RCB. This was his 2nd stint with the side. Reacting to the video, Karthik wrote “Thanks @RCBTweets for being an integral part of the journey and helping me achieve my dream. Most importantly to all the RCB fans who chant RCB… RCB even when am in my blues representing India, I LOVE YOU GUYS”. Karthik further went on to thank the RCB staff by tagging them.

Most importantly to all the RCB fans who chant RCB,RCB even when am in my blues representing team INDIA , I LOVE YOU GUYS.

RCB decided to go for Dinesh Karthik during the IPL 2022 auction and they had the best year that DK ever had in the IPL. In the 16 games he played he scored 330 runs, but those runs came at an average of 55 and a strike rate of 183. His 360 degree game became the talk of the town. He was playing the finisher role for RCB and won many games enroute to their play-off.

Emphatic return to the Indian side –

Dinesh Karthik last T20 for India in 2019, post his IPL run he has played 18 games already this year in a span of 4 months. In those 18 games he scored his maiden T20 fifty for India at Rajkot against South Africa. In those 18 games, Karthik has scored 193 runs with a strike rate of 133.

In 2020, when the world was gripped with COVID-19, Dinesh Karthik had stated his intention to play the next two T20 world cups. Many fans, had laughed or scoffed at this thought. DK though kept his faith and played on and was ignored for the 2021 WC in UAE, which was hosted by India. After his form with the bat in 2022, he became not only a favorite but was considered a certainty for the 2022 T20 WC. Once he was selected, DK took to social media and wrote “Dreams Do Come True”.

The 2022 edition of T20 world cup may or may not be the last time DK plays for India. The Indian team does need a finisher heading into the 2023 world cup in the 50 over format. Dinesh Karthik and Rohit Sharma were part of the victorious 2007 world cup team under MS Dhoni as players. Come 2022, Rohit is the captain of the side and he will hope Dinesh Karthik wields his magic with the bat once again to guide India to a famous world title win.