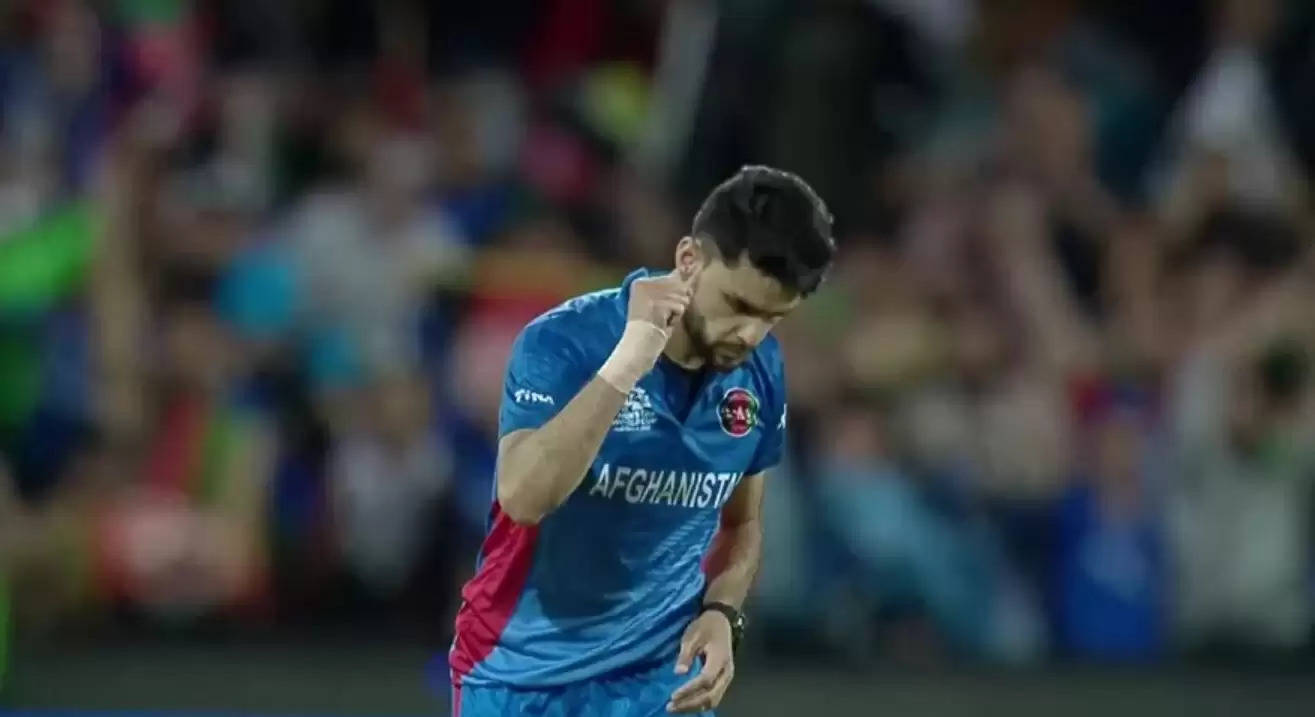 The scenic Adelaide Oval saw an amazing game of cricket between current T20 World Champions Australia and Afghanistan. The home team had to win the game in a bid to make their case for a place in the final 4 of the tournament.

Afghanistan on the other hand had already been knocked out and were the playing role of party poopers. Sri Lanka had eyes on the game as an Afghan win would have kept them alive in the tournament as well.

Aaron Finch misses out as Steve Smith makes a return –

Australia were put into bat as the home team made 3 changes to their side. Matthew Wade was leading the side in place of the injured Aaron Finch. The other 2 changes were that of Tim David and Mitchell Starc being replaced by Cameron Green and Kane Richardson. Steve Smith too made his way into the side to play his 1st game of the tournament.

Drama engulfs the last ball of the 19th over –

Naveen Ul Haq was the best bowler on show for the Afghans with 3/21. He was bowling the last ball of his spell and the 19th over. Naveen first stopped after he spotted Kane Richardson backing up too far. The bowler gave half warning before going back to bowl.

This time Naveen Ul Haq was stopped by Glenn Maxwell as the batter stopped the Afghan seamer before the ball could be bowled. It was gamesmanship all round as the crowd was lapping it up.

The Afghanistan bowler had the last laugh as he bowled a yorker to Maxwell who could only dig it out. Richardson by then had made his way up the pitch looking for a single only to be run out with a direct hit by the bowler to be dismissed for 1.

Maxwell hopes for a favor from Sri Lanka –

Glenn Maxwell scored an important 32 ball 54 to help Australia to a close 4 run win. Post the win the Australians are now 2nd in the Group 1 of the Super 12 stage. The sole game on Saturday will see England and Sri Lanka play. A win for England will knock Australia out of the tournament while an English loss will aid Australia to the Semis.

Speaking to the media post the game, Maxwell said “We put ourselves in this situation, but hopefully, Sri Lanka can do the job for us”