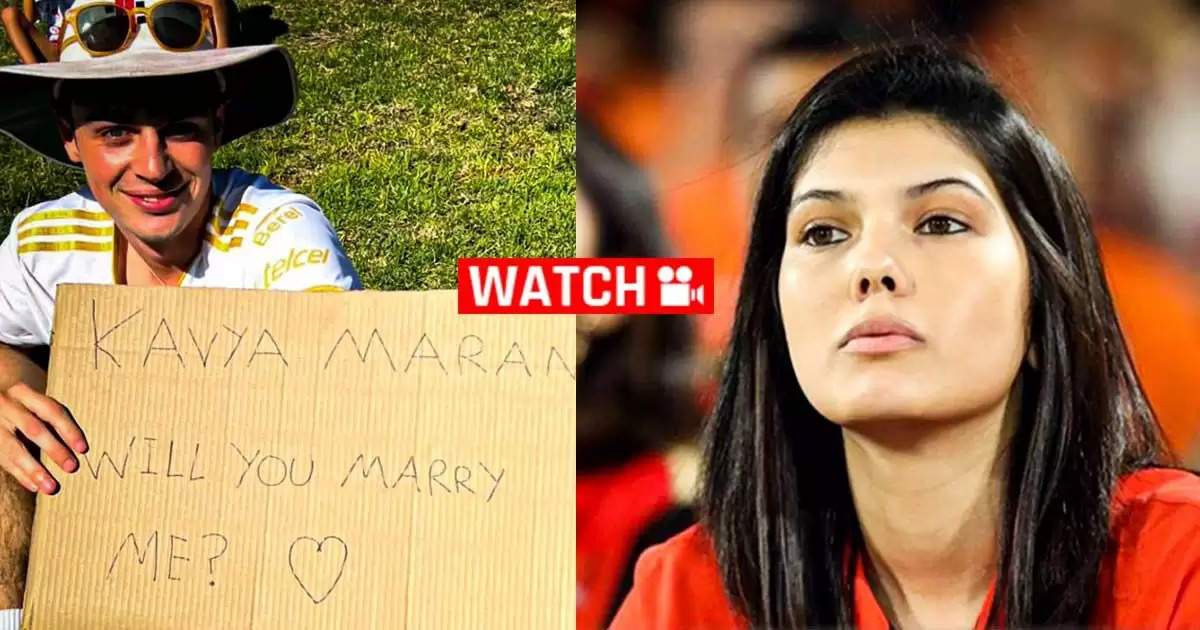 T20 cricket season is catching fire as the Big Bash League and SA20 have seen some amazing cricket action. South Africa’s latest endeavor in the T20 format after a few failed starts is the SA 20 league. This league is witnessing 6 teams play the tournament which started on 10th January 2023. One of the most striking aspect of this league is fact that it is owned by the same owners that are present in the Indian Premier League.

Sunrisers Eastern Cape were facing off against Mumbai Indians Cape Town a few days ago. The camera panned to a young man who was sitting on the grass banks holding a sign. Once the camera zoomed in, it was revealed that the fan in question infact was asking Kavya Maran to marry him.

Looks like someone needs a bit of help from @Codi_Yusuf on how to propose in the BOLAND. 💍#Betway #SA20 | @Betway_India pic.twitter.com/ZntTIImfau

After a few under whelming IPL campaigns, Hyderabad decided to part ways first with David Warner (before IPL 2022) and Kane Williamson (IPL 2023). The auctions held on December 23rd saw the men in orange go big. Harry Brook was bought for 13.25 Crores, while Mayank Agarwal was picked for 8.25 Crores.

Some of the other names include Heinrich Klassen for 5.25 Crores, Adil Rashid for 2 Crores, Mayank Dagar for 1.8 Crores and Akeal Hossain for 1 Crore. The other names are some of the known domestic players with IPL experience like Punjab duo of Anmolpreet Singh and Mayank Marakande both were part of Mumbai till recently.

The Eastern Cape team sit 2nd in the table after having played 5 games with 12 points. Sunrisers Eastern Cape began their season with 2 losses before bouncing back to win 3 games on the bounce. In their last game, thanks to Marco Jansen, the Eastern Cape team came from behind to beat Rashid Khan led Mumbai Indians Cape Town by 2 wickets with 3 balls to spare.