Watch! Hardik Pandya's reaction to arshdeep Singh's catch gets called out by fans on twitter 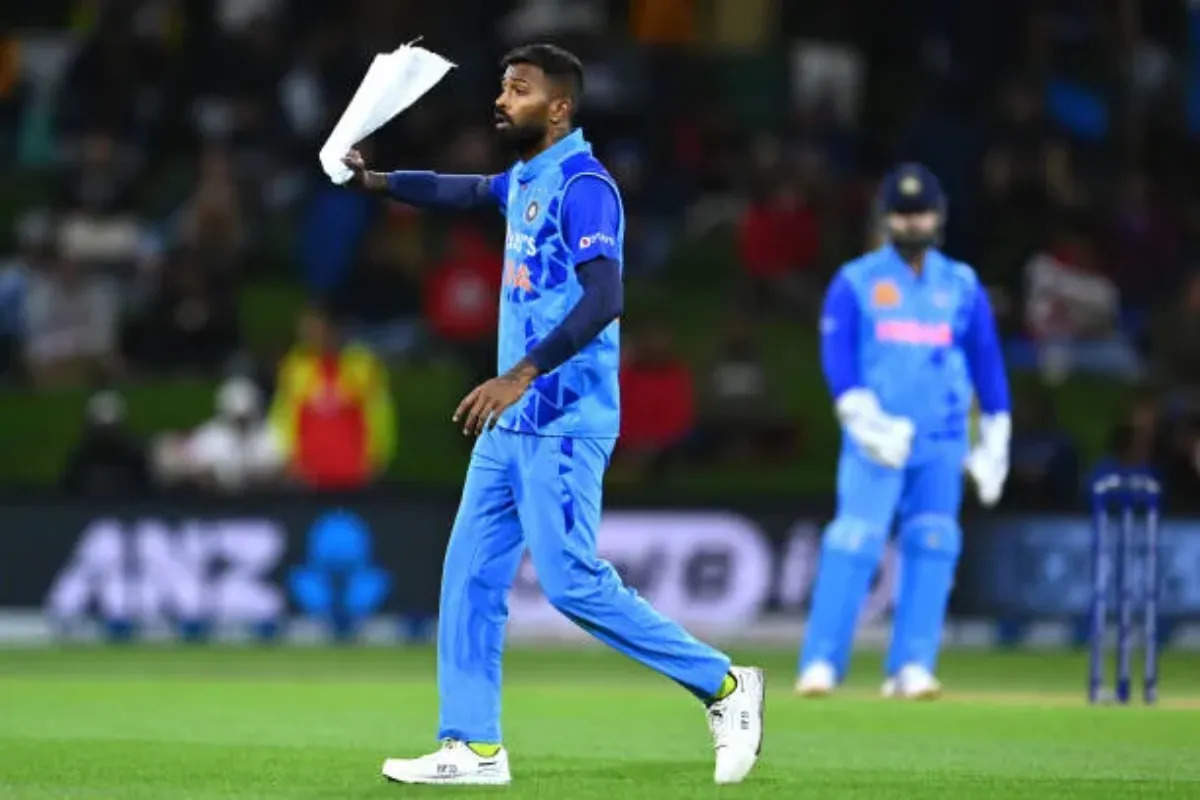 India and New Zealand began their 3 match series on Sunday. This has now turned into a two match series after the first game was washed out on Friday at the Sky stadium in Wellington. The Indian team came into the series under the captaincy of Hardik Pandya who is expected to be named the full time skipper of Indian T20I set-up.

For New Zealand as well it was the start towards a new era as the Kiwis were working towards the next big challenge that lay ahead in front of them. The Kiwis lost to India by a 5-0 margin the last time the two teams met in the T20 series in New Zealand.

New Zealand won the toss and elected to bowl first. This was done as there was rain expected in the air. New Zealand has been witnessing a wet summer. India surprised it's fans by benching Shubhman Gill, Umran Malik and Sanju Samson.

New Zealand on the other hand went with the same Xi that played the semis against Pakistan during the 2022 T20 World Cup tournament.

India batted first and scored 191 on the board as Surya Kumar Yadav scored his second T20 century for India. Finn Allen and Devon Conway opened the innings for the Kiwis. The second ball of the New Zealand innings sae tragedy strike.

Finn Allen has shown amazing skills with the bat during the world cup . The 2nd ball of the New Zealand innings saw, Allen get a thick edge off his bat off the bowling of Bhuvneshwar Kumar. Arshdeep Singh settled under the ball and took a neat catch. For some reason though, Hardik Pandya gave mouthful to Arshdeep Singh despite the youngster holding onto the catch.

India won the first game of the now shortened two match series by 65 runs. Chasing 192 for a win, New Zealand was all out for 126 as Deepak Hooda picked career best figures of 4/10 with the ball. Chahal and Siraj picked 2 wickets each, while Kumar and Sundar picked a wicket each.

Kane Williamson top scored for the home team with 61 as the Indian bowling showed their class with an amazing bolwing performance. The final game will be played on Tuesday before the 3 match ODI series starts later this week.

Twitter reacted to Hardik Pandya losing his cool at arshdeep Singh and you can read all the tweets below.

I don't understand, if Arshdeep's first over is good then he gets second over but if it doesn't go well then second over is not given.

Its a shame that indian team wasted surya kumar yadav form this world cup .. kohli and arshdeep stepped up but not others.. you cant get players in XI with this form every world cup .. #indvnz #SuryakumarYadav

Black Caps need a plan for when Finn Allen gets out cheaply and they are chasing a big total. This one is not working.

Bit rude of Finn Allen, give the people what they want#NZvIND https://t.co/8gMLttWAOU

Catches will only be taken by Arshdeep.