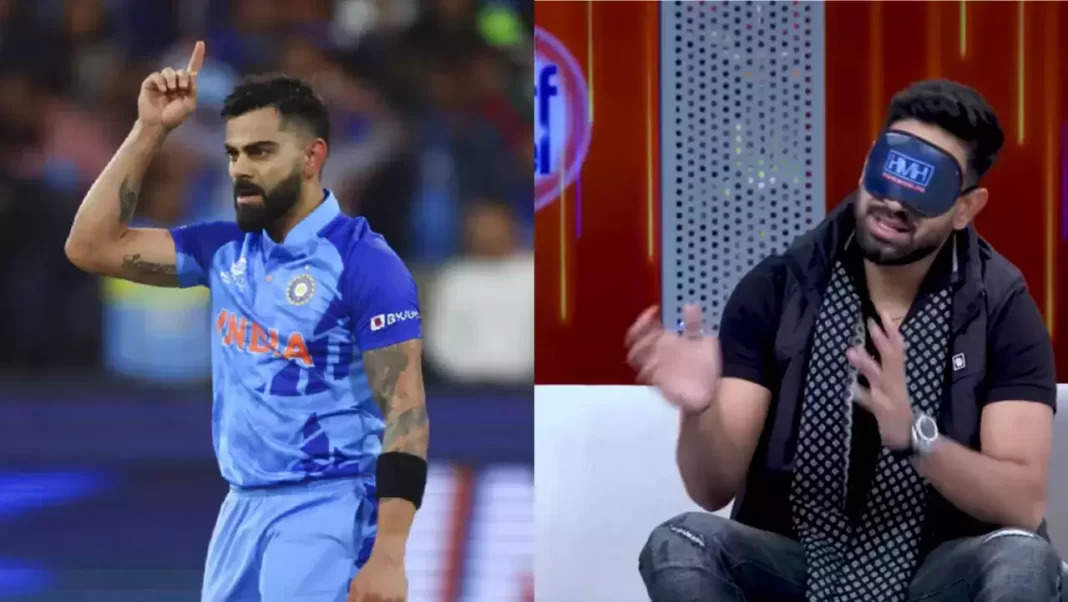 India and Pakistan enjoy a healthy rivalry when it comes to sports. There is a mass amount of frenzy and anticipation around the big game. That is because the two teams do not play each other one on one in the bilateral contests and just base their interactions in the multinational tournaments by ACC or the ICC. The clash last year at Melbourne Cricket Ground on 23rd October was one such special encounter.

The anchor began by saying to Rauf to ask him if he was human or an object and the cricketer obliged. The anchor further said although he is classified as human, we need to think he is an out of this world entity and further said “rakh rakh ke deta hai”. Haris Rauf was quick to have a smile on his face and say the name Virat Kohli.

Kohli plays the knock of lifetime –

India and Pakistan played the game of the 2022 T20 world cup at the MCG on 23rd October. Chasing 160 to win, India were 31/4 when Kohli and Pandya took over and added 111 runs for the 5th wicket. At one stage India needed 28 off 8 balls, with Rauf bowling to Kohli. The Indian smacked him for 2 back to back sixes including the shot of the tournament to not only bring the target down but also win the game for India.

India will now focus on the ODI series after winning the T20 series 2-1. India will have Rohit Sharma and Jasprit Bumrah back in their line up. Kohli who missed the T20 series will also be back. The 34 year old finally broke the wait of many fans as he scored an ODI century after over 3 years in the Chittagong ODI against Bangladesh towards the end of December