Watch! High Drama witnessed in the last over thriller between Somerset and Surrey 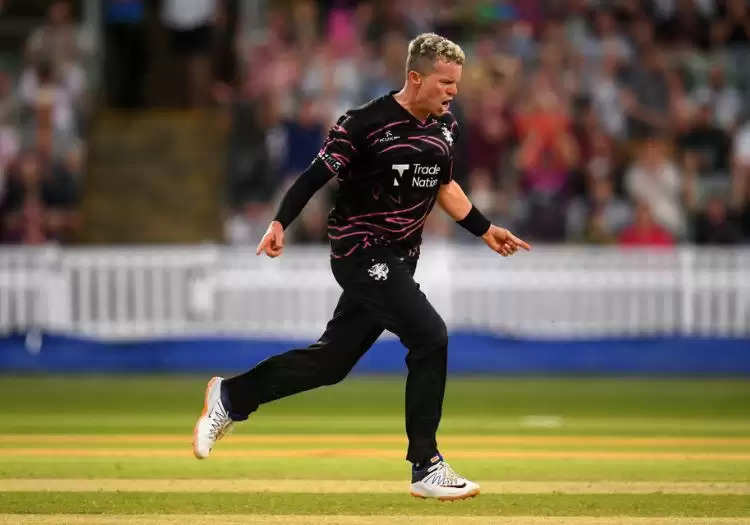 The T20 season is in full swing as the Vitality blast is going on in full swing. The players who have played the IPL are also turning out for the English T20 league. This year most have the matches have been enthralling and thrilling. One such match was witnessed on 21st June, when Surrey took on Somerset at the KIA Oval.

Batting first, Somerset opened with Tom Banton and Will Smeed. The 4th ball of the over saw Smeed fall for a duck. Riley Rossouw and Banton added 11 before the former South Africa international was out for 6. Banton and Tom Abell then steadied the ship by adding 46 for the 3rd wicket. The stand was broken when Atkinson got the wicket of Abell for 13. Banton fell 9 runs later for 39 off mere 25 balls with 6 fours as Somerset slid to 68 for 4. Tom Lammonby and Lewis Gregory added 25 runs  before Lammonby was run out for 21.

9️⃣ runs to win from the final over...

What happens next is just 🤯#Blast22 pic.twitter.com/PMI0HXMdw9

Somerset lower order ensures good total on the board –

Somerset at one stage were struggling at 103 for 8, but Lewis Goldsworthy and Peter Siddle made sure that they added 41 off 29 balls to help Somerset reach 144 on the board. Goldsworthy scored 27 off 19 balls with 4 fours and Siddle was not out on 11.

Surrey get a good start –

Chasing 145 to win, Wil Jacks and Jamie Smith added 49 for the first wicket, before Van Der Merwe got Smith for 13. Sunil Narine scored 12 ball 13 with a six before he fell to Gregory. Surrey were placed at 67 for 2, Rory Burns and Jacks added 17 for the 3rd wicket. Burns fell for 11 to Gregory and this was followed by Jacks and Laurie Evans added 22 in quick time.

Siddle stuns Surrey but the homeside hold for a win –

Former Australia pacer Peter Siddle turned the game on its head, when he got the wickets of Chris Jordan in the final over with Surrey needing 8 from 5. The next ball Reifer hit a four to make it 4 off 4, Siddle struck again getting Reifer for 4 bowled. Gus Atkinson was out in the 5th ball bowled yet again by Siddle. Surrey needed 4 off 1 ball that’s when McKerr hit it for a 4. Surrey won the game with 3 wickets in hand in the last ball of the game to send the crowd wild.