Watch! Imam Ul Haq loses his cool after run out with Babar Azam 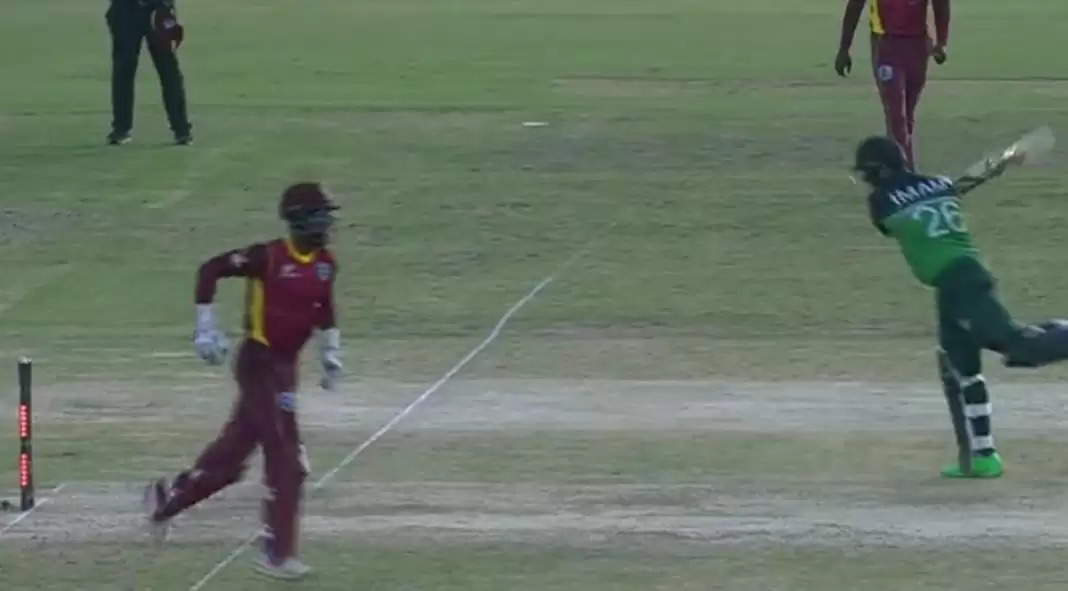 The Pakistan fans and cricket team on Friday wore a happy smile as they won the 3 match ODI series. The home side won by 120 runs to take a 2-0 unassailable lead against the visiting West Indian side. Pakistan and West Indies had played a three match T20 series late last year, and this is the 2nd leg of the same series. The home team showed their might with both the bat and ball as the ran the visitors ragged before pouching yet another series win.

Pakistan won the toss and chose to bat first, and Fakhar Zaman was out cheap yet again. Zaman 17 off 28 balls before being caught by Shepherd off Anderson Philip. This broke the first wicket stand worth 25. That’s when Babar Azam joined Imam Ul Haq and started going about their business. Both the batsman played some crisp shots with Imam in particular looking aggressive.

Imam and Babar Azam had added 120 runs for the 2nd wicket and the match was in control. With the score reading 145 in the last ball of the 28th over, Imam was facing Akheal Hossein. The 26 year old drove the ball down the ground only to see Pooran make a diving stop. Imam by this time had come way down the pitch looking to get a single. The problem was Babar Azam hadn’t moved a single inch and the ball was thrown to the wicket keeper who took the bails out to run out Imam Ul Haq. The batsman was angry and he hit the ground with his bat. He fell for 72 off 72 balls with 6 fours to his name.

26 year old Imam Ul Haq is the nephew of former Pakistan captain Inzamam Ul Haq. The 26 year old left hander has been in good form in the recent times. He scored a century in each innings in the 1st test against Australia, followed by a 70 in the 4th innings in the final test. In the ODI series against the Aaron Finch led side, he scored 2 centuries and a fifty. Imam had 298 runs against Australia with an average of 149, he has continued the same rich form in the first two games against West Indies. So far Imam Ul Haq has scored 137 runs in the series, with a 65 in the first game to go with the 72 in the 2nd.