Watch! Indian cricket team’s moments with the spider cam during the Asia Cup takes the social media by storm 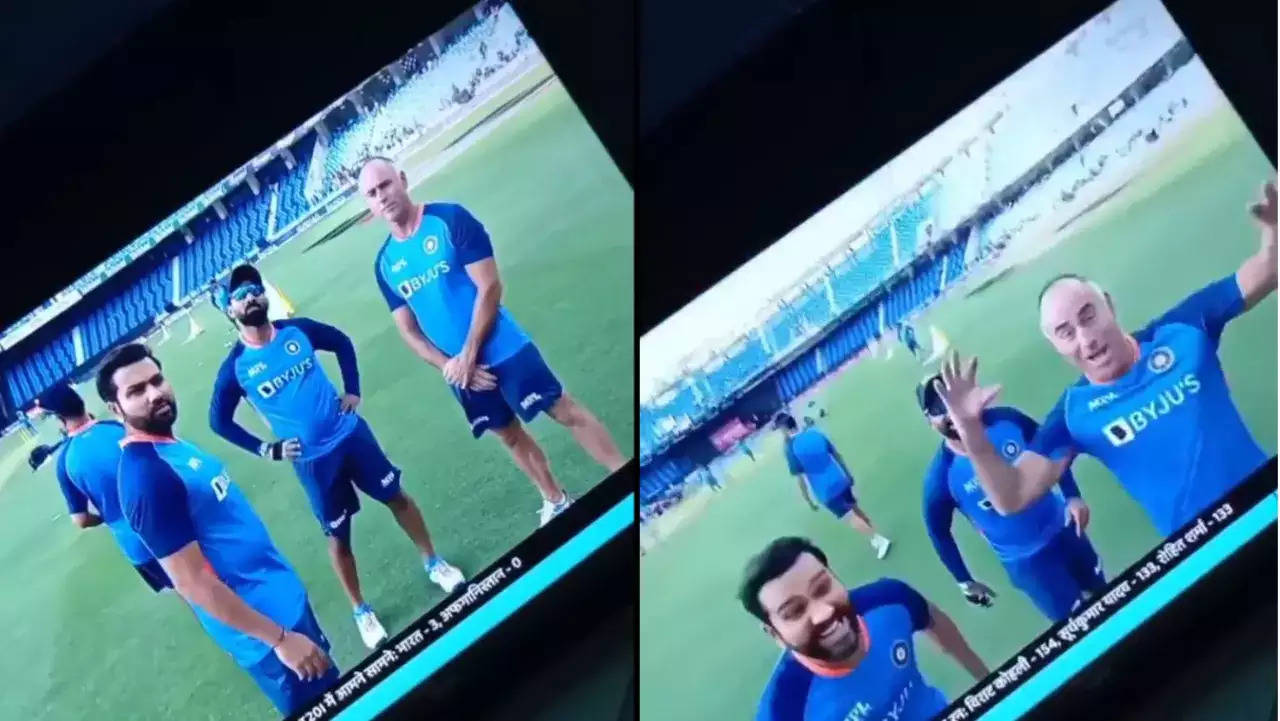 2022 Asia Cup was done and dusted on Sunday as Sri Lanka won the title for the 6th time. The Island Nation beat Pakistan to win the title as they won the game by 23 runs. While Sri Lanka, turned into a happy bunch, the Indian cricket team and its fans rued not playing the final. The men in blue had lost both their Super 4 game to Pakistan and Sri Lanka to lose out on a chance to play the final.

Twitter handle by the name Out of Context Cricket @Gemsofcricket posted a short 45 second video. The video showed, captain Rohit Sharma along with Dinesh Karthik and Paddy Upton in deep conversation. Once the trip spotted the spider camera, they made a mock dash for it as it was lifted in the air. The trio were seen having a laugh over the incident.

Once the senior trio were out of focus, the next in line were the two pranksters of the team. Chahal and Hardik Pandya, once Chahal spotted the Spider Camera, he mock threatened it to be lowered. Once the camera came down, Chahal invited the camera and continued to pull funny faces. This had Hardik Pandya in splits, as the Indian all rounder was seen laughing. The last one in the image was Surya Kumar Yadav who formed a tea pot pose and was staring at the camera.

India next face off against Australia in a 3 match T20 series, with the first match on 20th September. This will be followed by a 3 match T20 and ODI series against South Africa, before the team departs for Australia on 5th October to take part in the 2022 T20 world cup.

Indian cricket team was announced on Monday for the T20 world cup, with Rohit Sharma as the captain of the side. The team has the likes of Mohammad Shami and Deepak Chahar as the standby players. India haven’t won an ICC title for 9 years, with the last title coming in 2013 under MS Dhoni when India won the Champions Trophy. Rohit Sharma and his men will hope to break the jinx and bring the T20 world cup home for the first time in 15 years.