Watch! Indian fans get offended with a tweet by Pakistani fan 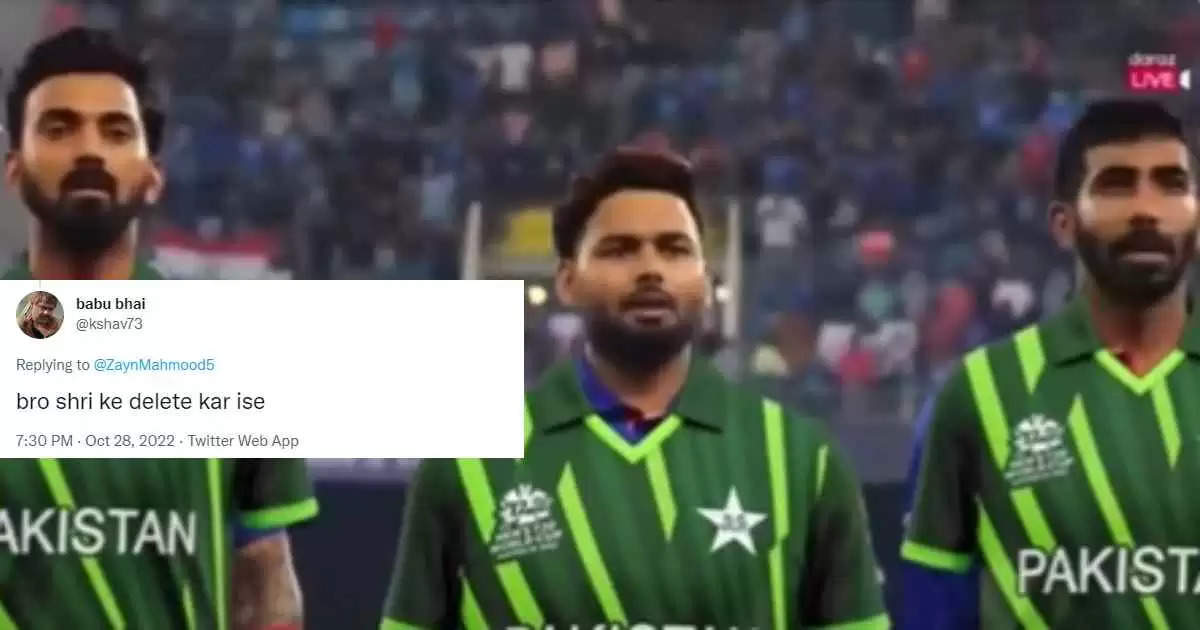 It is going to be a crucial Sunday for all the 6 teams that are in Group 2 of the Super 12 stage. The teams play in a triple header yet again like Thursday and it holds different significance for both India and Pakistan. The men in blue sit right at the top of the table with 2 wins from 2 games. Pakistan on the other hand are right at the bottom just above Netherlands with 2 losses from 2 games.

Pakistan lock horns with Netherlands on Sunday at Perth as they aim to win the game and keep their hopes alive to make it to the semi-finals. The men in green lost Zimbabwe by one run to be pushed on the brink of exit from the 2022 T20 World Cup. India will take on South Africa in the late evening game and Pakistan will hope India wins the game to be alive in the tournament.

The Pakistan fans are trying to find some humor in the dark phase they find themselves in. The Pakistani team has to win every game and hope the other results go their way. One such fan took to Twitter and edited the Indian cricketers wearing Pakistani jerseys. Not only that, he also edited the Indians singing the Pakistani national anthem. One cannot really say the motivation behind such a stunt.

The Indian cricket fans did not see anything funny in the latest stunt pulled by the Pakistani fans. The Indian fans showed their anger by asking the twitter user to delete and pull down the tweet. Some even went on to abuse the guy on the social media platform.

Huge Sunday for India and Pakistan –