Watch! Jack Leach leaves the fans amazed with a bold shot against Yorkshire 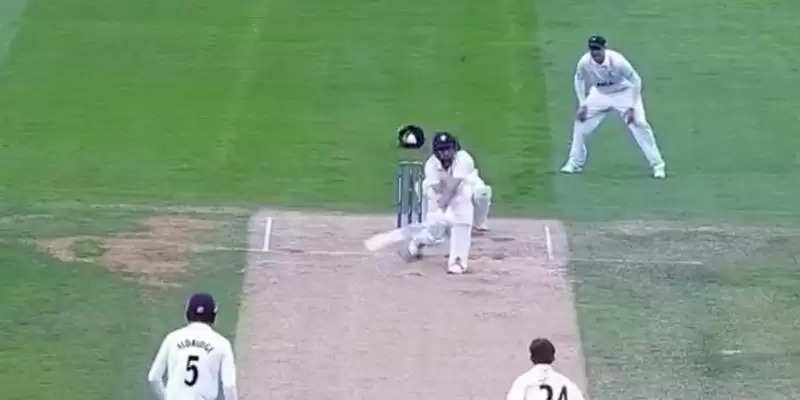 England is gripped with a new mania as they are seriously adopting the Baz-Ball approach of play. The effects have been seen in domestic cricket as well as the teams have started scoring at quicker rate. Not only the top order but also the lower order has been bettering their batting skills. Jack Leach is one such example as the English left arm spinner did something outlandish. The somerset based spinner left the fans and even the opposition stunned after he what achieved while batting at number at 9.

Somerset are taking on Yorkshire in the Division 1 game which is being played at Taunton. By the time Leach came out to bat, the home side were looking for quick runs to put the visitors into bat. The incident happened when Jack Leach known for his left arm spinners reverse hit the Yorkshire bowler for a huge hit. This had the capacity crowd at Taunton on its feet. Leach who has a test best of 92 was out for 16 off 18 balls with 2 sixes, when he was stumped by Tattersall off Shutt.

Fear not, here is Jack Leach hitting a reverse sweep for 6 😍 pic.twitter.com/zaA2tkohSC

Batting first, Somerset saw their opener Lammonby out for 4. With the score reading 66, Matt Renshaw was out for 43. Bartlett and captain Tom Abell added 131 runs for the 3rd wicket in quick time. Bartlett was out for 46 off 87 balls, as Abell carried on to score 116 from 239 balls. Lewis Gregory with 77, and Kasey Aldridge with 41 helped Somerset reach 424. Matthew Waite with 3 and Dominic Bess with 4 were the main wicket takers for Yorkshire.

The Yorkshire team opened with former English opener Adam Lyth and Geroge Hill. Lyth was the first to go for 13, Leach struck next when he had Hill out for 19. Cadmore and Harry Brook added 74 before the young right hander was out for 41. Matthew Revis was our for first ball duck before Cadmore and Waithe added 65 for the 5th wicket. Waite was out for 21 after facing 79 balls as Yorkshire ended the day 4 wickets down.