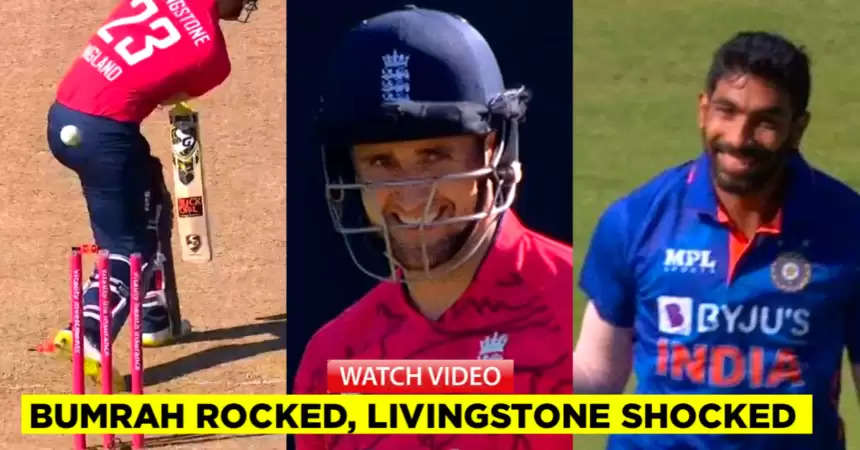 It was a terrific Saturday for the Indian team as they outclassed the English team in the 2nd T20 at Edgbaston. India won the game by 49 runs to take an unbeatable 2-0 lead in the 3 match series. This was India’s 4th successive T20 win over Englandand 2nd successive away in England. It was a great day for Rohit Sharma and his men as the Indian team dominated with the bat and ball.

Jasprit Bumrah rocks England with a huge wicket of Livingstone –

England were set 171 to win and a chance for Buttler to win his first game as the English white ball captain. Liam Livingstone batting at 4, was out for a 1st ball duck in the last game. On Saturday he looked like he was going to dominate the Indian bowling, that’s when Rohit Sharma decided to throw the ball to Bumrah. The 28 year old bowled a slower off spinner to Livingstone. The English batsman was flummoxed as the ball came in sharply to take the bails out. Livingstone was out for 15 off 9 balls with 3 fours to his name.

Chasing 171 to win, the first ball of the English chase saw Jason Roy fall first ball for a duck. The next over, Pant came up to the stumps and Buttler was caught behind for 4. Post the fall of Livingstone, India struck twice when Chahal got 2 wickets that of Harry Brook for 8 and Dawid Malan for a slow 25 ball 19. When Sam Curran was sent back by Bumrah caught by Pandya the home team were in trouble at 60 for 6.

Ali and Willey fight back but India prevail –

Moeen Ali and David Willey fought back with some lusty hits and added 34 runs for the 7th wicket. Ali was out for 35 off 21 balls caught by Rohit off Pandya, while next ball Jordan was run out for 1. Willey hit some crips blows towards the end of the innings and stayed not out on 33 off 22 with 3 fours and 2 sixes, Gleeson was out for 2 caught by Kohli off Bhuvneshwar. The last wicket was that of Parkinson who saw his leg stump knocked out by Harshal Patel for a two ball duck.

The last game will be played on Sunday at Trent Bridge in Nottingham, with India already having won the series and England playing for pride.