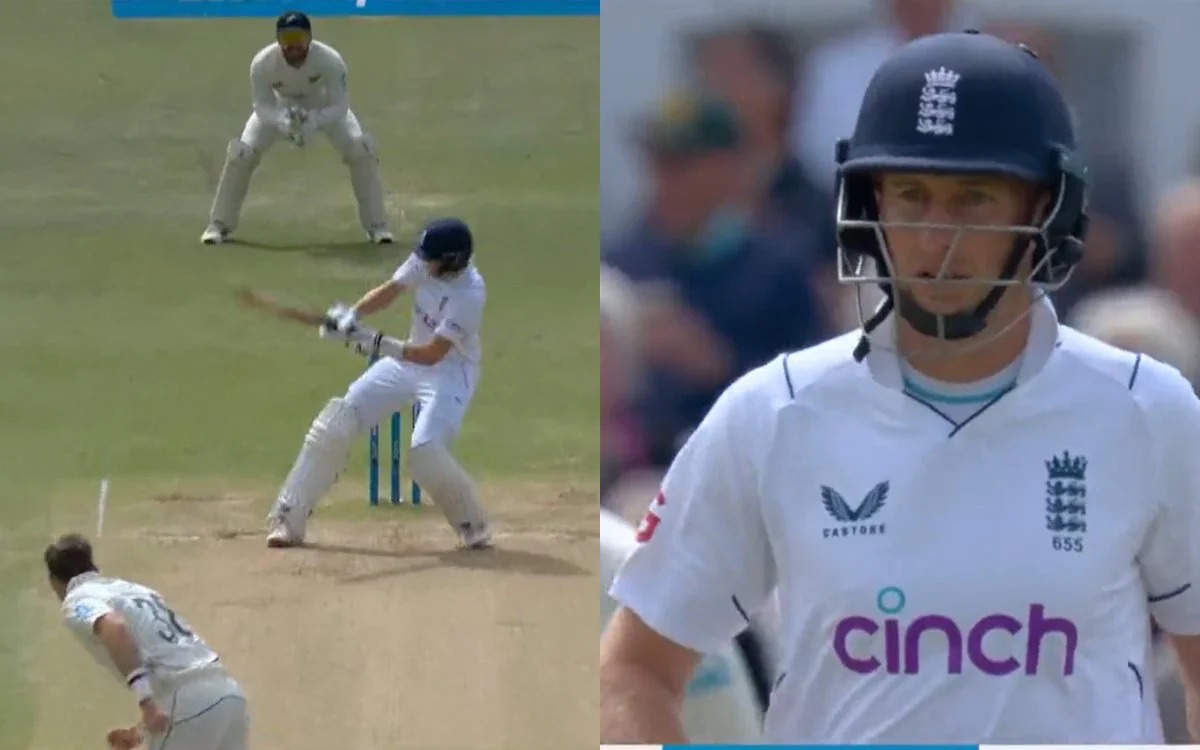 Joe Root has been in one hell of a form with the bat for England over the last year and a half. He has eclipsed the likes of Kohli, Smith and Williamson with his run scoring efforts. England and New Zealand are currently playing the 2nd test at Nottingham’s Trent Bridge. The English have a 1-0 lead in the series after winning the Lord’s test match. Root had played an important role in the chase when he scored his 26th test tone for England, as well as reaching 10,000 runs in test cricket.

England ended day three 3 at 473 for 5 with Root on 163. The action began on day four with fast paced developments as and some incredible cricket. The first ball of the 117th over saw Tim Southee one outside off stump, Joe Root played a reverse scoop over the slips for a huge six. This led the commentators and the fans speechless at the kind of the stroke played by root. Michael Atherton who was part of the commentary had said that Root had given indications of doing something new with the bat in test cricket and taking batting to new areas.

Boult claims five as England get bundled out for 539 –

Resuming on 473, with Root and Foakes, the kiwi bowlers were put under the pump by Root. Boult had the first wicket of the day, when he had Root caught by Southee for 176 off 211 balls. Root and Foakes had added 111 for the 6th wicket as the wickets started to tumble. Broad was out next for 9 when he was dismissed by Bracewell, as Foakes too joined Broad 13 balls later run out for 56. Boult got his 5th wicket when he bowled Potts through the gate for 3. The last wicket to go was Anderson, as he was stumped by Blundell off Bracewell for 9 off 11 balls with 2 fours. England were bowled out for 539, giving the visitors a lead of 14 runs with a day and half to go in the game.