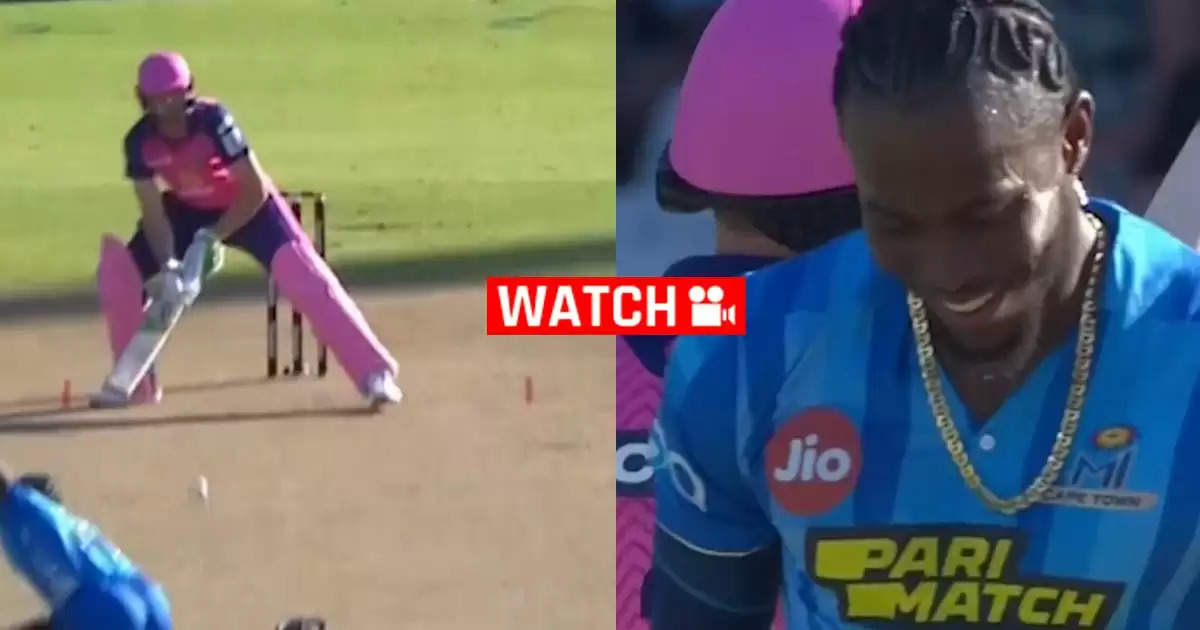 South Africa’s ambitious SA20 league which is predominantly owned by IPL teams, kicked off on Tuesday. The first match of the tournament saw, Paarl Royals take on Mumbai Indians Cape Town at the picturesque Cape Town stadium. The game also marked a return to competitive cricket for Jofra Archer who has been out for nearly 2 years. The game saw some amazing display of batting and bowling as MI Cape Town came out on top.

Rashid Khan, the MI Cape Town captain won the toss and decided to bowl first. Jofra Archer officially marked his return to cricket. Archer, last played in March 2021, against in a T20 at Ahmedabad.

Bowling the 5th over, Archer was bowling his 2nd over of the game as Paarl Royals were placed at 18/1. Jos Buttler, who had scored over 850 runs during the TATA IPL 2022 season for Rajasthan Royals was again showing his class. The English white ball skipper just moved outside off stump to paddle scoop Archer, for a huge six as both the English players enjoyed a little laugh.

Jofra Archer picked 3/27 from his four overs which also included a maiden over. Fellow Englishman Olly Stone bowled with pace to pick 2/31 including the wicket of Buttler. IPL’s most costly player Sam Curran went wicketless from the 3 overs he bowled.

Chasing 143 to win, Mumbai Indians Cape Town won the game in the 16th over with 8 wickets to spare. Young sensation, Dewald Brevis scored 70 off 41 balls with 4 fours and 5 sixes and stayed not out. Ryan Rickelton (42) and Sam Curran (20) supported Brevis before Rassie Van Der Dussen with 8 not out saw MI Cape Town take home an easy win in the tournament opener.