Watch! Kieron Pollard takes a blinder to get rid of Alzarri Joseph 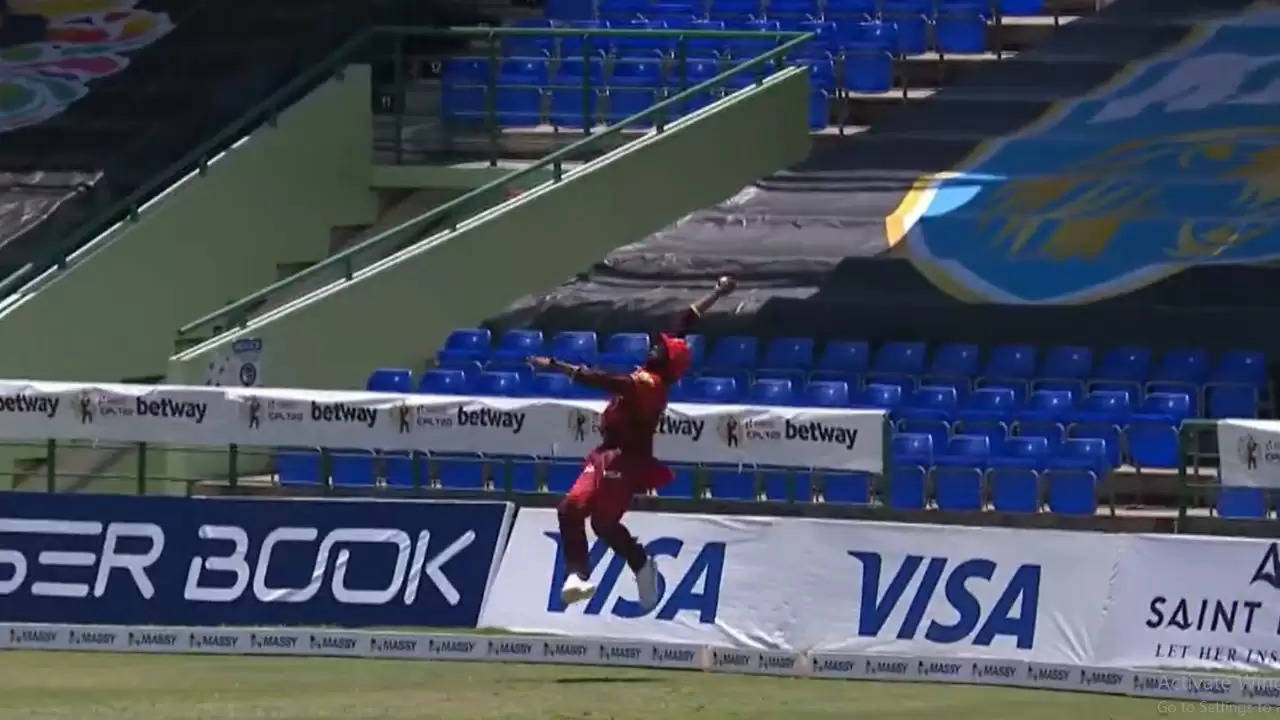 Cricket fans are watching the ongoing Asia Cup with bated breath which is currently taking place in UAE. At the end of the world, the 2022 season of the Caribbean Premier League has started. The T20 festival that is taking place at West Indies is witnessing some of the biggest names in world cricket ply their trade. West Indian players who have been woefully out of form are also playing the tournament with an eye on selection for the World T20. The headlines though have been hogged by one former West Indian legend.

A stunner from Pollard!! TKR captain Kieran Pollard not only saves a six but pulls off an unbelievable catch as this morning’s @fun88eng magic moment of the match.#CPL22 #SLKvTKR #CricketPlayedLouder #Fun88 #BiggestPartyInSport pic.twitter.com/dBn0vrS8Fz


Pollard plucks a blinder at the boundary rope –
Kieron Pollard retired from international cricket during the TATA IPL season earlier this year. Pollard is playing for Trinbago Knight Riders and they took on the St. Lucia Kings in the 2nd match of the CPL 2022 season on Thursday. Jayden Seales bowling from round the wicket, bowled to Joseph. The west Indian quick tried to hit Seales for a six only to see Pollard play the spoil sport. Pollard caught the ball with his right hand and threw the ball in the air to keep it in play. Former kiwi speedster turned commentator, Danny Morrison took to twitter and wrote “Helluva an effort by @KieronPollard55 on the long on boundary!! Keep Nailing It”
Primus and Deyal help Kings reach 143 –
Batting first, Johnson Charles scored 4 while fellow opener Leroy Lugg scored 13. Captain Roston Chase scored 23 ball 19 before he was dismissed by Akeal Hossein who finished with 4 wickets for 13 runs from his 4 runs. Mark Deyal scored 35 from 24 balls with 4 fours and 2 sixes, while Roshon Primus top scored with 38 from 25 balls with 3 fours and 2 sixes.
TKR register a close win –
Defending 144 , the Kings bowlers bowled out off their skin to keep striking at regular intervals. Narine scored 6, while national skipper Pooran was out for 4. Tion Webster and Tim Seifert scored 58 and 35, while Andre Russell scored a mere 5, while captain Pollard scored 17 from 15 balls. TKR won by 3 wickets with 4 balls to go.