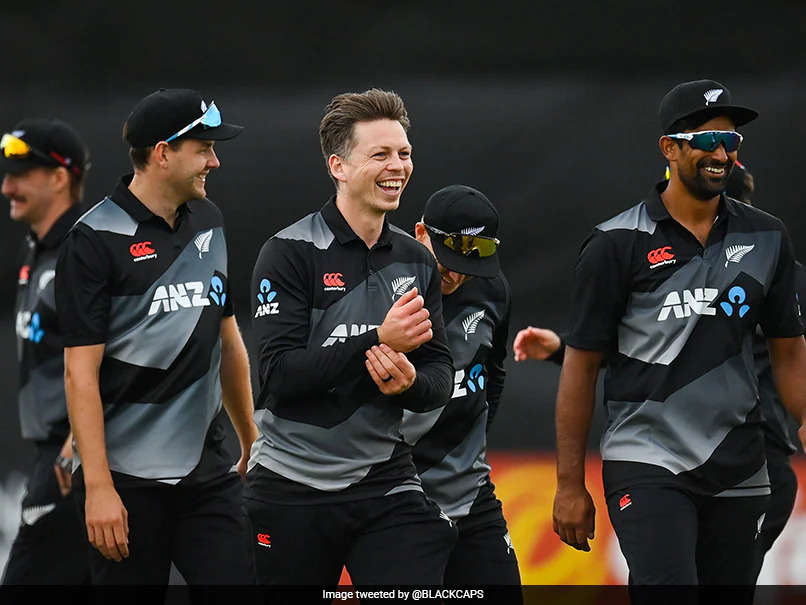 New Zealand and Ireland played one of the most entertaining ODI series in recent times. The Kiwis are touring Ireland for 3 match ODI and T20 series. All the 3 ODI games went down to the wire. In the first 2 ODI games, Michael Bracewell played a crucial role in the wins for the black caps. Michael Bracewell from the famed Bracewell cricketing family has managed to make a late entry into international cricket. Bracewell did something amazing during his bowling stint during the 2nd T20 against Ireland played at Belfast.

Michael Bracewell is not only known for his big hitting with the bat, but is also an off spin bowler. Bracewell was given the ball during the 14th over with Ireland needing 94 more runs. The first ball saw McCarthy hit it for a 4 and took a single next ball. The slide began in the 3rd ball when Mark Adair was caught by Philips for 27. The next ball McCarthy was again caught by Glen Philips for 11. The hattrick was complete when caught by Ish Sodhi for a first ball duck. Ireland was all out for 91 as NZ won the game by 88 runs.

NZ Batted first and opened the innings Martin Guptill and Finn Allen with the duo adding 44 runs for the first wicket. The aggressive Allen was the first to go when he was out for 35 off 20 balls with 4 fours and 2 sixes. 26 runs later, Guptill was out for 11 after struggling for 17 balls without a boundary. Dane Cleaver, who happens to be Kane Williamson’s cousin was playing his 2nd T20. He stayed not out on 78 off 55 balls with 5 fours and 4 sixes. Glen Philips 23 and Daryll Mitchell 14 helped NZ reach 179 on the board.

With this win New Zealand have taken an unbeatable 2-0 lead in the 3 match T20 series against Ireland. The last match will be played on Friday with Ireland looking to win one game to finish on a high.