Watch! Mohammad Hafeez takes a massive dig at India as fans lambast him on twitter 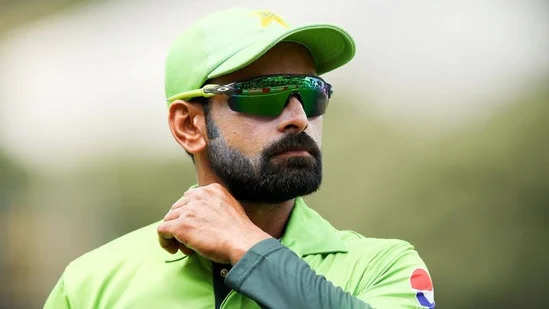 We are less than 24 hours away from the India vs Pakistan clash set to take place twice in 2 weeks. Last Sunday saw India beat Pakistan by 5 wickets in a close game that could have gone either way. India, thanks to all round brilliance of Hardik Pandya with the bat and ball won the game. This Sunday, 4th September will witness the two heated rivals take on each other yet again. This time the contest will be in the Super 4 stage for the Asia Cup title.

Hafeez stirs the pot with controversial statement about India –

Ahead of the second meeting between the two arch rivals, the media and former cricketers are stirring the pot yet again. Former opener and captain of Pakistan, Mohammad Hafeez is at the forefront. During a talk show on TV he said “India is a revenue-making country. So even in bilateral series across the world, where they get sponsorship, they get a jackpot, it's hard to deny these things,". The host of the show egged him on further and asked him if he wants to call India the Laadlas (a local slang for spoiltbrats or the protected one in a house). Hafeez took to twitter and just wrote the word Laadla.

India and Pakistan in with injury concerns –

Indian cricket team have lost the services of Ravindra Jadeja as he has injured his knee and is now set to miss the world cup. Axar Patel has replaced the 33 year old for the rest of the Asia Cup 2022 tournament. Jadeja will now undergo surgery which is expected him to be sidelined for a while. Pakistan on the other hand will be without their pace bowler Dahani who played well in the first meeting. He is set to be replaced by Hassan Ali during the game on Sunday.

Mohammad Hafeez statements weren’t taken lightly by the Indian fans as they took to twitter and slammed the 40 year old for his comments about the Indian team. the Indian fans vented their ire and you can read all the tweets embedded below.

Shame on you, who has given you name “Professor”…even a rikshawala will talk better than you. You also know India has been playing good cricket.

India don't play good cricket according to hafeez.Meanwhile india is the only team to win t20 series in every SENA countries in last 3 years.Indian team ranking https://t.co/EHzHpMtd8G