Watch! Mohammad Rizwan signals for DRS even without consulting the captain 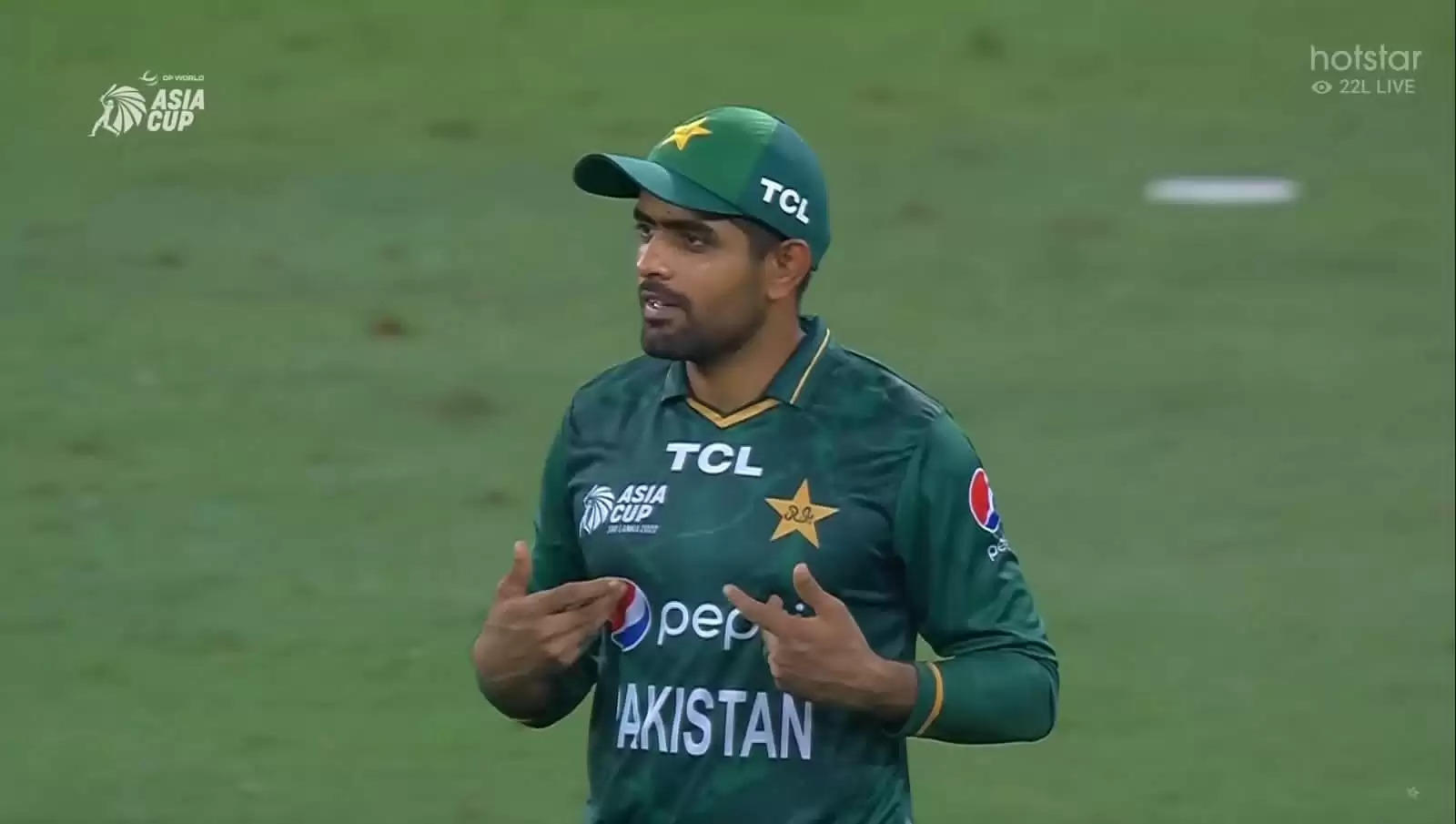 It was the dress rehearsal for the final of the 2022 Asia Cup as Pakistan took on Sri Lanka on Friday. Sri Lanka won the toss and chose to bowl first as both the teams made two changes to the side. Sri Lanka after losing their first game of the 2022 Asia Cup to Afghanistan have made a strong comeback to reach final. Pakistan too started off with a loss to India. The two teams now play the final on Sunday, as Sri Lanka took the honors in the dress rehearsal with a win.
The story as it happened –
Chasing 122 to win, Sri Lanka had lost wickets early but the middle order supported opener Nissanka in the small chase. The incident happened in the 16th over as Hasan Ali was bowling to Shanaka. The Sri Lankan skipper it seemed had got an edge of his bat, the Pakistani wicket keeper Rizwan as always was excited and went for an appeal. He put up the sign for DRS, only for Babar Azam to remind both Rizwan and the umpire he was the skipper of the side. Shanaka though did not get any edge on the bat as one DRS was wasted.

Sri Lanka have Pakistan down for mere 121 –
Babar Azam made his first decent score when he scored run a ball 30 in a otherwise disappointing performance with the bat for Pakistan. Only Mohammad Nawaz with 26 put up a decent score on the board. The Sri Lankan bowlers showed their discipline as Hasaranga picked 3 wickets, while Theekshana and Madhushan who made his debut picked 2 each, while Karunaratne and De Silva picked 1 wicket each.
Nissanka stars with the bat as SL post win –
Chasing 122, SL lost Kusal Mendis early for first ball duck and Gunathjlaka for a four ball duck. When Rauf got wicket of De Silva for 9, SL was 29 for 3 with 93 runs more needed. That’s when Rajapaksa and Nissanka added 51 runs before Shanaka and Nissanka added 33 more runs. Nissanka was not out on 55 from 48 balls with 5 fours and a six, as Hasaranga got the final touches with 4 ball 10 to see SL win by 5 wickets with 3 overs to spare.