Watch! Mohammad Siraj’s gesture with the fans wins the hearts of every Indian 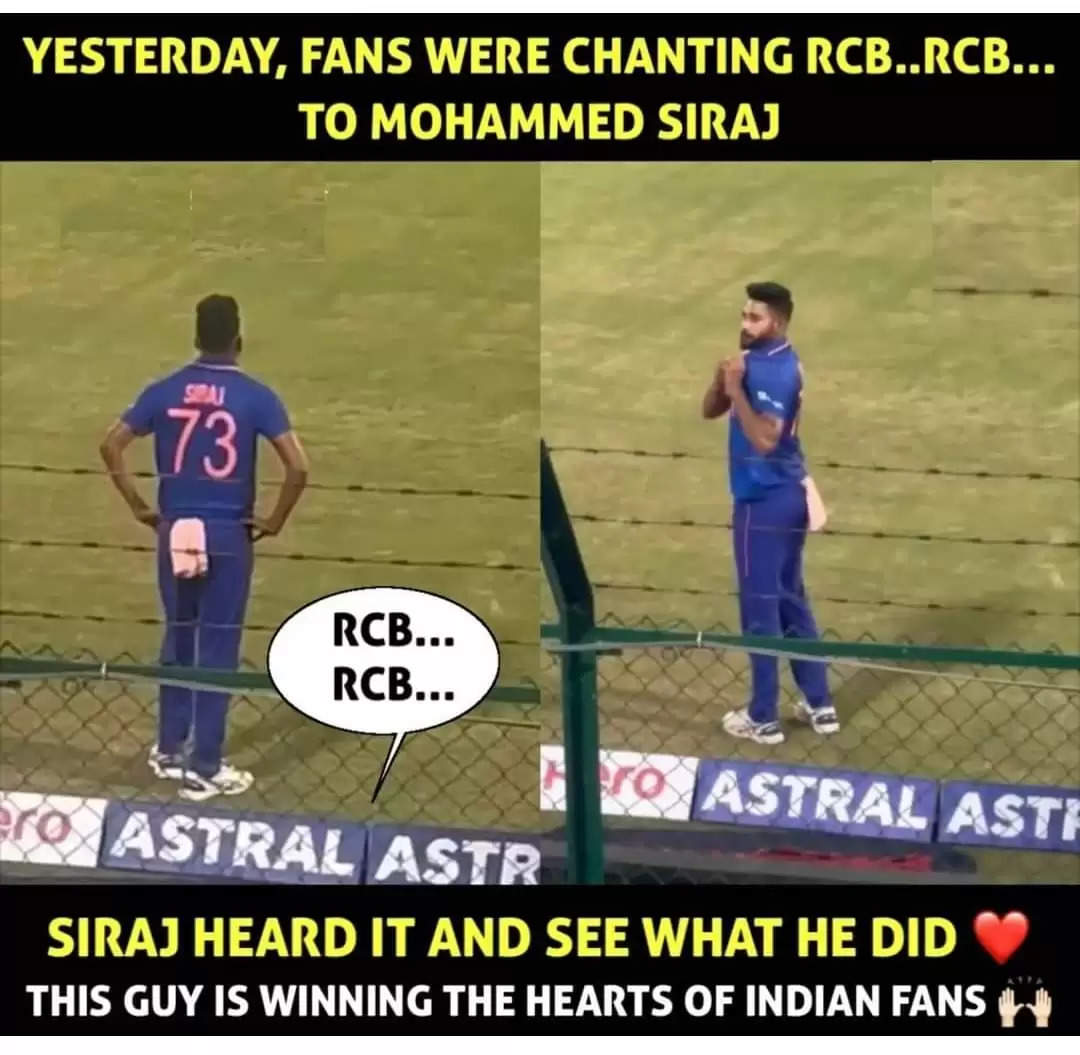 Mohammad Siraj had every emotion going through his veins on Wednesday. The 28 year old was playing his an international match at his home ground. Mohammad Siraj’s family saw his play a crucial role as India won a close game against New Zealand by 12 runs. The 28 year old right arm pacer has been in terrific form with the ball across formats. Siraj has turned into the fan favorite for his fast bowling and the ability to win the games on his own.

Mohammad Siraj asks the crowd to chant for India –

Indian cricket fans in Hyderabad were enjoying the tight battle that was fought on Wednesday. Team India, won the game by 12 runs and one of the main reasons was Mohammad Siraj. The 28 year old was fielding near the boundary when the fans started to chant for RCB. That’s when Siraj turned around pointed to the Indian jersey asking the fans to chat for the national team.

Mohammad Siraj the star of the show –

Chasing 350 to win, India local lad Mohammad Siraj to thanks for his figures of 4/46. This was the 2nd successive 4 wicket haul for the 28 year old fast bowler. Siraj had picked 4 wickets against Sri Lanka in the final ODI on Sunday. Siraj got his 1st wicket when he got rid of Devon Conway for 10, and then did the trick for India towards the back end of the innings. Tom Latham was the 6th batter to fall when he was caught by Sundar off Siraj for 24. From there Bracewell and Santner added 162 runs before Siraj got the wickets of Santner for 57 and Henry Shipley for a duck.

New Zealand found a new hero in Michael Bracewell who nearly pulled of an amazing win all on his own. The left hander scored 140 off 78 balls with 12 fours and 10 sixes as he had the Indian fans shocked. With 13 needed off 5 balls, Bracewell went for a scoop of Thakur before he was out LBW. Despite having the Indian bowlers under the pump, the Indian fans and cricket team gave Bracewell a standing ovation.