Watch! Mohammad Siraj effects a cheeky run out after war of words with Chamika Karunaratne 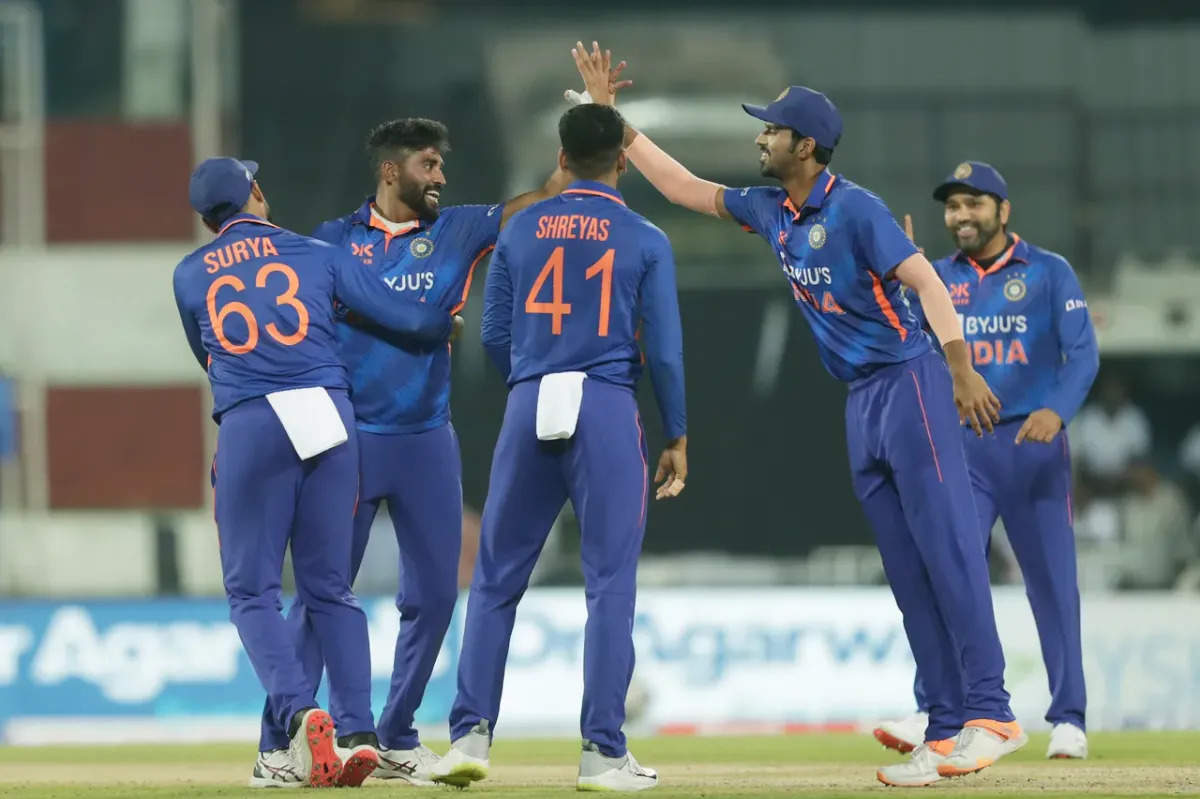 Mohammad Siraj’s presence of mind gets India a wicket –

Sri Lanka were in heaps of trouble with the score reading 39/5. The story happened in the 12th over with Mohammad Siraj bowling to Chamika Karunaratne. The Sri Lankan and the Indian bowler seemed to have a word with each other as Siraj was seemingly saying something, before Shanaka came to diffuse the situation.

The very next ball, Karunaratne played a perfect defense and was playing for the gallery. That’s when Siraj spotted the chance and the threw the ball to the stumps and the Indians went up for the appeal. There was huge roar of laughter as the shouts of “Out Hai” was heard. The 3rd umpire saw no part of Karunaratne’s foot behind the crease and he was ruled run out for 1.

Kohli and Gill power India to 390-

Shubman Gill scored a quickfire 116 which was his 2nd ODI ton. Gill got his runs in 97 balls with the help of 14 fours and 2 sixes. Virat Kohli on Sunday became the 5th highest run scorer in ODI cricket going past Mahela Jayawardene. Kohli got to his 46th ODI ton and his 2nd for the series. Kohli was not out on 166 off 110 balls with 13 fours and 8 sixes in his knock as India reached 390 on the board.

Chasing 391 to win, with Bhandara out the Sri Lankans had no answer to the pace and guile of Mohammad Siraj. The 28 year old picked 4/36 from his 10 overs, first getting rid of the two openers in Avishka and Nuwanidu Feranando. Siraj also got the wickets of Kusal Mendis and Wanindu Hasaranga for 4 and 1. Shami and Kuldeep picked 2 wickets each, with Kuldeep bowling a beauty to get rid of Shanaka.

Indian cricket fans took to Twitter to have their say on the run out of Karunaratne and you can read all the tweets below.

Look at Virat Kohli's happiness and his reaction when Mohammad Siraj do a brilliant run-out. pic.twitter.com/M8TEvSGlDB

You need great skills and big heart to get a batsman to edge in slips and hit the stumps on flat pitch. Mohammad Siraj will be Inida's Brahmastra at World Cup at home. @mdsirajofficial