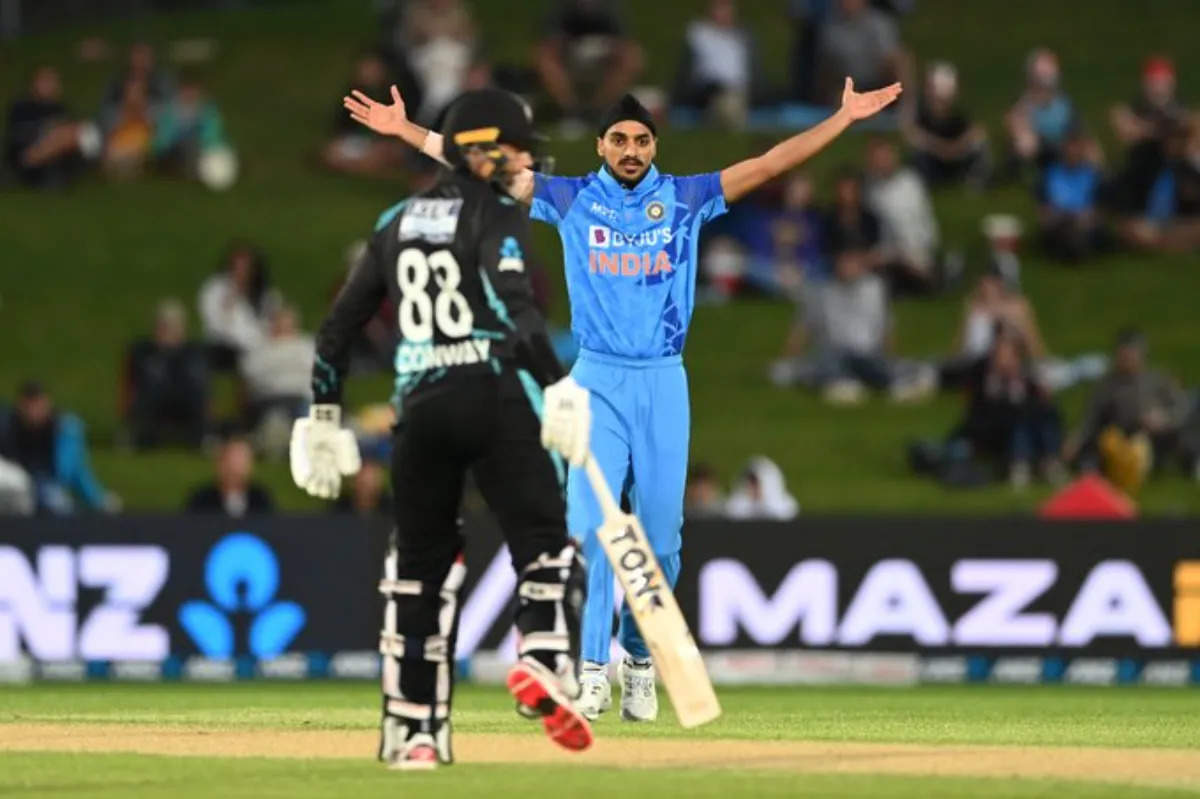 Indian cricket team played New Zealand on Tuesday in the final game of the 3 match T20 series. The short series has just flown by in a matter of days just after a long ICC T20 world cup 2022 was held.

The first game of the series on Friday was abandoned due to rain, while India won the second game by 65 runs. The 3rd and final game at Napier on Tuesday also saw rain play a major role in the game at regular intervals.

New Zealand won the toss and chose to bat first as Kane Williamson was replaced by Mark Chapman. The skipper of the day was Tim Southee, India too made one change as Washington Sundar made way for Harshal Patel.

Mohammad Siraj bowled well by claiming 2/23 from his 4 overs on Sunday. The slide began when Siraj got the wicket of Glenn Phillips for 54 off 33 balls with 5 fours and 3 sixes. The 28 year old had earlier dismissed Chapman for 28, Siraj then got the wickets of Neesham and Santner for 1 and 0 as he finished with figures of 4/17 from his 4 overs.

Arshdeep gets into the act –

Arshdeep Singh, has been impressing one and all with his bowling in recent times. The 23 year old also picked 4 wickets for the first time. Arshdeep began the day by getting rid of Finn Allen LBW for 3.

Arshdeep, then came back into the attack got the wicket of Devon Conway for 59 off 49 balls with 5 fours and 2 sixes. The left arm seamer then dismissed Mitchell for 10, and castled Sodhi for a 1st ball duck.

Hattrick missed by Arshdeep but it ends with a team hattrick –

With the fall of Ish Sodhi, there was a chance for an hattrick for Arshdeep Singh. It was Adam Milne who came out to bat and was at the non strikers end. The hattrick wasn’t meant to be. Tim Southee dug out yet another yorker as Siraj came running in from point and hit the stumps with a direct throw catching Adam Milne short after he had slipped trying to go for a run. This helped India get a team hattrick as Siraj capped off his perfect day with the ball with an amazing piece of fielding.

The amazing fielding effort by Siraj had the fans jumping in joy as they took to Twitter to have their say and you can read all the tweets below.