Watch! Nicholas Pooran make a difference this time with the ball 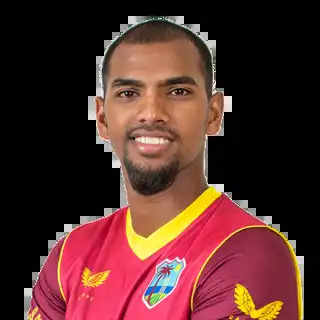 International cricket is taking place in full flow after the end of TATA IPL 2022. The Indian team is facing off against South Africa, while England are locking horns with New Zealand. West Indies are on a short tour of Pakistan to play the ODI series which was rescheduled. The home team have won the series already having a taken a 2-0 lead in the series. The final ODI on Sunday at Multan is just a formality before the Nicolas Pooran led side head back home to the Caribbean.

Nicholas Pooran with a crucial breakthrough –

Having already wrapped the series by winning the first 2 games, Pakistan won the toss and chose to bat first. Pakistan gave a debut cap to Shahnawaz Dahani as they set out to win the series 3-0. Pakistan were given a rare good start by the openers Zaman and Imam with the duo adding 85. Pooran got himself into bowl and bowled a dangerous looking Zaman for 35.

Pooran picks 4 in the game –

In form batsman and captain Babar Azam was out soon after for 1 as he fell to Hayden Walsh LBW. Imam and Mohammad Rizwan added 25, before Pooran struck again and had Imam caught for 62 by Shai Hope. 2 balls later Mohammad Haris was caught by Akheal Hossein for duck. The 4th wicket was that of Rizwan who was caught by Hope for 11 off 21 balls. The Pakistan team had collapsed from 85 for no loss to 117 for 5 with Pooran doing the damage. The West Indian skipper finished with 4 for 48 from his 10 overs. Prior to this he had bowled just 3 balls in ODI cricket without taking a wicket.

Nicholas Pooran took over the captaincy of the side after Pollard call quits on his international career during the IPL 2022 season. Pooran had captained a few games for his side during the tour of India earlier this year. Despite being bought for a huge sum, Pooran couldn’t justify the tag as he failed during the TATA IPL season with the bat for SRH.