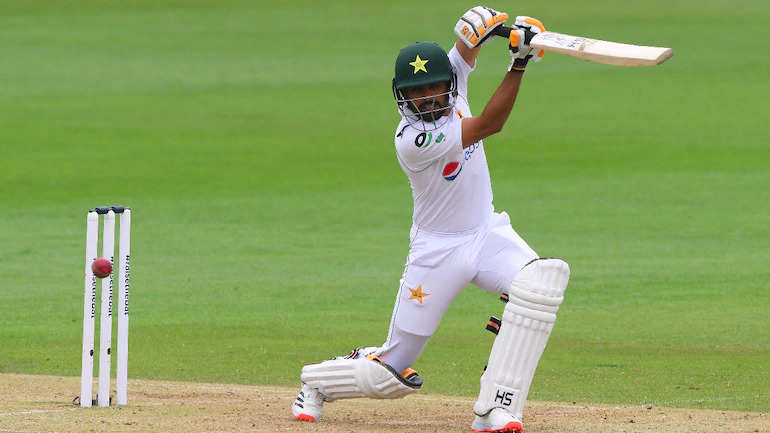 Pakistan head into the 5th day’s play as they stand on the cusp of a huge win over Sri Lanka in the first test at Galle. The two match test series will see both the games being played at the scenic Galle Stadium. This ground is considered a fort for the Sri Lankan team as it aids the spinner generously. Sri Lanka just a week ago had beaten Australia to draw their last test series 1-1. The short series is part of the World Test Championship cycle with both the teams looking to grab the points up for grabs.

Babar Azam was in the news for amazing test century during the first innings of the current Galle Test match. The Pakistan skipper took his side to 218, just 4 runs shy of the Sri Lanka’s first innings total of 222. In the 2nd innings Azam was batting well alongside opener Abdullah Shafique. The pair added 101 for the 3rd wicket while chasing a massive 342. That’s when Jayasuriya who had picked 5 wickets in the first innings came over the over. The 5th ball of the 79th over saw Jayasuriya pitch one outside leg stump and the ball turned in sharply to rattle Babar Azam’s stumps.

Sri Lanka last week faced a crisis on the field of play, when many of their players had to sit out due to testing positive for COVID. This meant, 31 year old left arm spinner, Prabath Jayasuriya was given his test debut against Australia. The debutant made an instant impact as he took 6 wickets in each innings to help Sri Lanka win the test match. Jayasuriya took 6/118 and 6/59 to make it 12/177 during the game. In the first innings, Jayasuriya kept the wicket taking spree going with his 3rd successive 5 wicket haul as he picked 5 for 82.

At the time of writing Pakistan were 293 for 4, needing mere 49 runs to win the first test. Shafique was batting on 135 alongside Salman Agha on 12.