Watch! Rare video of Virat Kohli from his under-19 tour of Pakistan surfaces 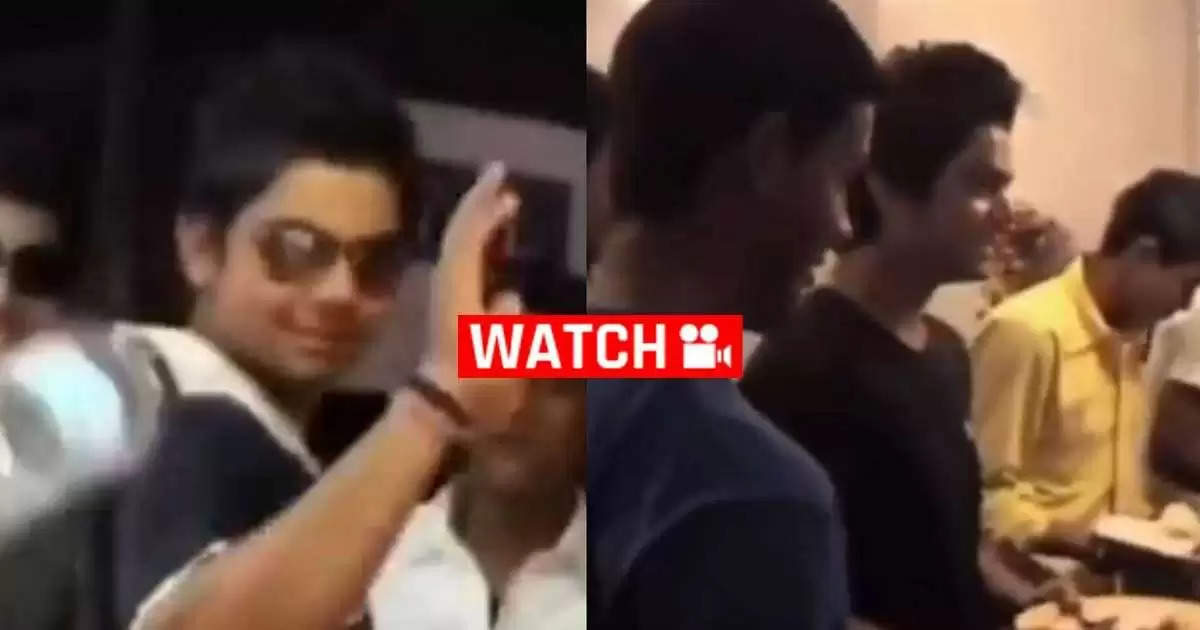 India and Pakistan have always had a storied rivalry on the cricket field. The two neighbors don’t play each other often. It has been over a decade since the two nations played a bilateral series. The last time India toured Pakistan was in 2008 for the Asia Cup and the last time Pakistan toured India was in late 2012.

The two teams enjoy a lot of fan support as one man in particular having a huge following. Virat Kohli, is loved not only in India but also across the border. The Pakistani fans want to see him in action before he calls time on his career.

Video of Virat Kohli in Pakistan –

Recently a twitter user by the name @gemsofcricket posted a 1 minute 24 second video of a young Virat Kohli. The then 18 year old former India skipper was touring Pakistan with the under 19 team. Kohli, could be seen on the streets shopping and having some fun time with his mates. At one point, Kohli could be seen getting irritated when someone tried to mess his hair up.

Α rare video of King Kohli from U-19 tour in Pakistan pic.twitter.com/8CutCIaAee

Pujara and Piyush Chawla spotted in the video –

Kohli and co were then seen at someone’s house for dinner and one could see a very young Piyush Chawla. The Indian leg spinner who will play for Mumbai this year, can be seen along with a very young and serious looking Cheteshwar Pujara. The two are flanking Kohli who is sitting in the middle. The likes of Ishant Sharma, Ravindra Jadeja and left arm spinner Shahbaz Nadeem too were part of that tour.

The calendar year of 2022 was a mixed one for Kohli across the 3 formats of the game. Kohli, decided to step down as the test captain after a series loss to South Africa. the 34 year old finally broke his century drought by hitting a ton during the 2022 Asia Cup versus Afghanistan.

This was his 1st ever international T20 ton and might be his last. Kohli then scored an amazing 82* versus Pakistan to secure a close and memorable win for India at MCG during the 2022 World Cup. The ODI century jinx was broken when Kohli scored his 44th ton versus Bangladesh towards the end of the year. One hopes, 2023 will be better for the Indian run machine.