Watch! Renuka Singh Thakur has the Twitter world in a daze with her amazing display with the ball 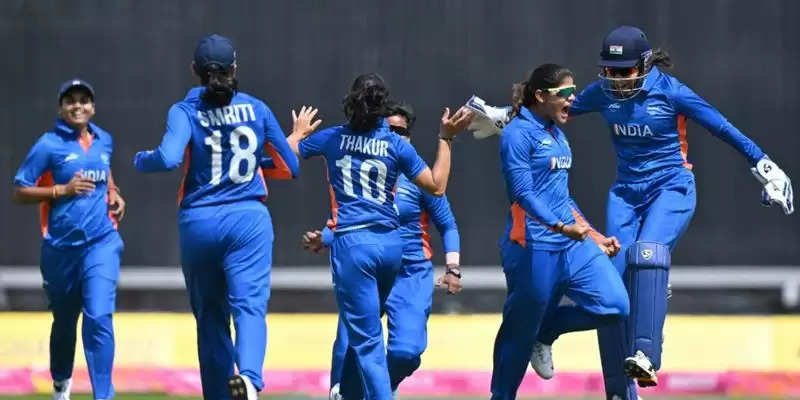 Season of Sports is seeing another huge event take place in Birmingham, as the Commonwealth Games 2022 kicked off yesterday with an amazing opening ceremony. One of the highlights of these games are the inclusion of Cricket. Eight teams will be taking part in a bid to win the Gold Medal. The cricket event is mainly for the women as the mens teams across the world are busy with international commitments. All the matches will be played at the famed Edgbaston Cricket Stadium at Birmingham. India have been placed in group A along with Australia, Pakistan and Barbados. While group B will witness England, New Zealand, South Africa and Sri Lanka.

India batting first posted a competitive 154 on the board on a pitch which was looking like it will help the spinners. Chasing 155 to win, Renuka Singh Thakur in the second ball of the first over when she had Alyssa Healy out for a duck. Thakur then struck twice in the 3rd over when she had Meg Lanning and Beth Mooney out for 8 and 10 respectively. Australia were suddenly down the dumps at 21 for 3 and it was soon 34 for 4 when T. McGrath became Renuka's 4th wicket of the innings.

Australia lose 5 wickets before Harris and Gardner Steer the ship -

Deepti Sharma struck when she had the wicket of Rachel Haynes for 9 to have Australia at 49 for 5. Thats when Gardener and Grace Harris added 51 runs for the 6th wicket to bring the Aussies back into the game. Both the batters made use of some loose bowling on offer as they attacked the Indian spinners. Harris scored 37 off 20 balls with 5 fours and 2 sixes before she was dismissed by Meghna Singh.

The 51 run stand between Garnder and Harris seems to have broken the back of the Indian bowling. Some bad fiedling and loose bowling meant that Gardener scored an unbeaten 52 along with Alana King who was not on 18. Australian won the game by 3 wickets with 1 entire over to spare as Gardener and King added 57 for the 7th wicket.

The Indian cricket fans were blown away what Renuka Singh Thakur did and took to twitter to have their say on the same. You can read all the tweets below.

Renuka Singh Thakur's has to be the greatest international spell by anyone born in Shimla.

Robin Jackman, Neville Tufnell, or Shafaqat Rana never had a spell this good.

Renuka Singh Thakur's has to be the greatest international spell by anyone born in Shimla.

Robin Jackman, Neville Tufnell, or Shafaqat Rana never had a spell this good.

Renuka singh thakur. What a bowler.🙌. 4-fer, broke the backbone of their chase. pic.twitter.com/KRYX5Omp3w

Australia might still win this. But this match where cricket returned to the Commonwealth Games will be remembered as the match where Renuka Singh Thakur, the girl from Shimla, made the world take notice of her. Hope she gets the support of her team, unlike the other pacers.