Watch! Rishabh Pant’s amazing catch of Pretorius which made the fans go mad on Twitter 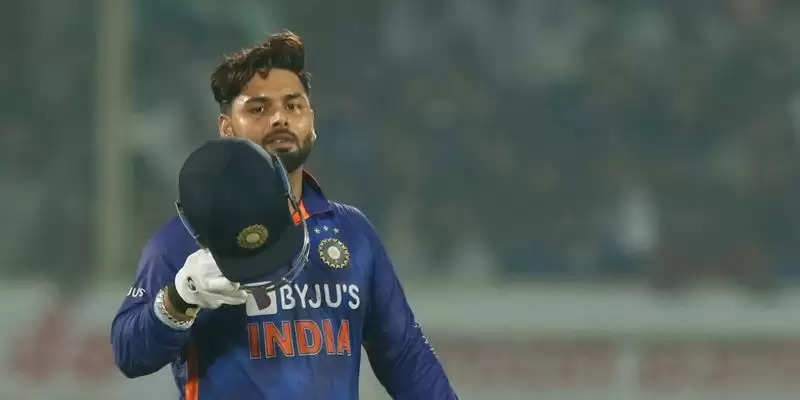 India have finally got off the mark in the 5 match T20 series against South Africa. The men in blue won the 3rd T20 at Vizag by 48 runs to make it 2-1. The Indian team showed its class with the bat and ball after being outplayed in the first 2 games of the series. The fielding too showed a huge improvement during the game. Rishabh Pant too was impressive not only as the captain but also behind the stumps. At the end, Rishabh Pant was a happy camper as he won his first game as India skipper.

Rishabh Pant takes a sharp catch to get rid of Pretorius –

South Africa were faced with the task of chasing 180 to win on a pitch which was starting to help the spinners. They made a slow start when they were 25 for 1 at the end of 5 overs. Batting at number 3 again, Pretorius was sent into with a view to give the visitors scoring rate a push. The tall fast bowler was in his elements, as he smacked 2 fours and a six to show his form with the bat. Just when he was looking dangerous, Pretorius tried to a cut ball from Chahal which was too close to the off-stump. Pant took a sharp catch behind the stump to make it 57 for 4 for the visitors.

The Indian bowlers started to bowl with intent and intelligence and made up for the errors they made in the first 2 games of the series. Bavuma was the first to go when he was caught by Avesh off Axar for 8. Reeza Hendricks had scored 23 off 20 before he fell to Harshal Patel caught by Chahal. The hero of the 1st game, Rassie Van Der Dussen was out for 1, when he too like Pretorius fell to the Pant and Chahal combo. Last game’s hero Heinrich Klassen tried to fight back again, but he saw David Miller fall for 3 caught by Gaikwad off Harshal. By the time, Klassen fell for 29 caught by Axar off the bowling of Chahal, it was as good as over. It was all over in the first ball of the 20th over, when Shamsi was caught by Avesh to give Harshal his 4th wicket to bowl out South Africa for 131.

The catch by Pant had the fans going crazy as they praised the composure from the young Indian captain. You can all the tweets from the fans praising Pant embedded below.

Unbelievable catch by rishabh pant.
What a wicket keeper ❤️🔥

What a comeback from Chahal in this match. Picks his second wicket. Gets Pretorius as well.#INDvSA

Dude Chahal is on 🔥

Chahal to Pretorius, out Caught by Pant!!#INDvsSA