Watch! Rishabh Pant’s reaction as Hardik Pandya is sent ahead of him 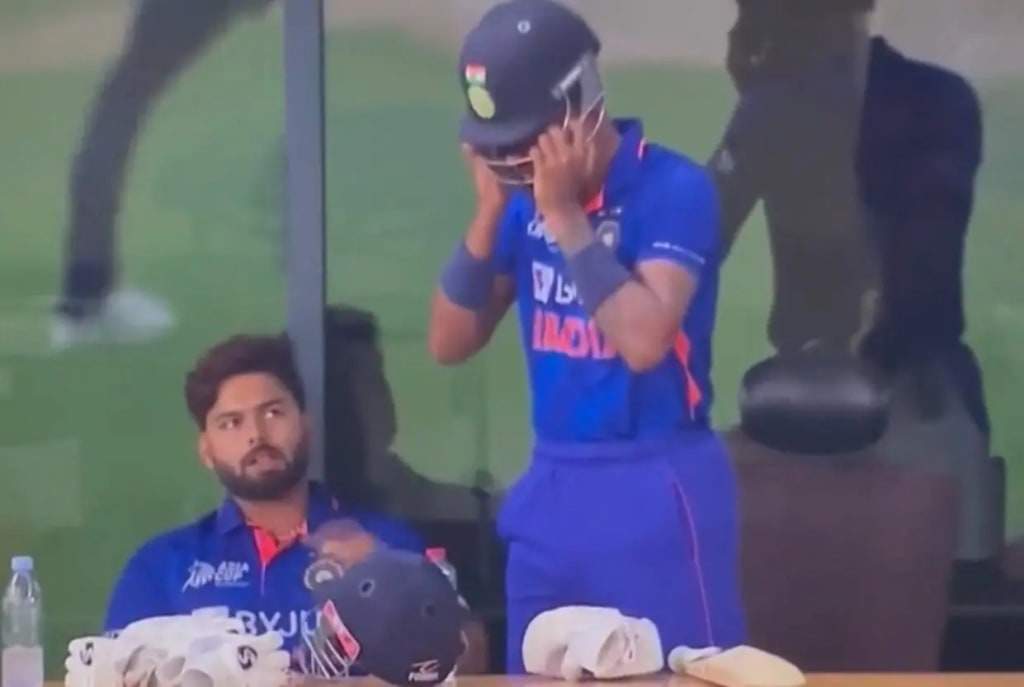 Indian cricket is currently in a limbo as they are on the verge of being knocked out of the Asia Cup 2022 tournament. Sri Lanka beat India by 6 wickets, with a ball to spare while chasing 174 to win. India now have to depend on the other results going their way to have any chance to make the final. Rohit Sharma will be looking back at this tournament with some amount of regret as he had a chance to assemble the team for the upcoming world cup.

Pant is shocked at Pandya batting ahead of him –

Indian cricket team is in a mess as their top 3 is woefully inconsistent with the bat. While Kohli has scored 2 half centuries and Rohit scored his first half century in a while, the form of KL Rahul is suspect. With India needing quick runs in the middle, India sent Pandya ahead of Pant. In the game against Pakistan, it was the reverse which happened as Pant was sent ahead to bat before Pandya. One twitter user posted a short 11 second clip where Pandya could be seen asked to get ready and go to bat. Pant was seen getting up as well but he had a heartbroken look on his face to the entire conversation and he slumped back to his chair.

That sad reaction of pant 😭😭😭💔💔 pic.twitter.com/pkdoM3yQmE

Pandya fails to provide the impetus –

Hardik Pandya came out to bat with the score reading 110 for 3 and the captain Rohit Sharma just having been dismissed for 72. Pandya was out for a 2nd ball duck on Sunday against Pakistan. On Tuesday, he was slow to get off the blocks and his only highlight was a huge six over covers he struck. Pandya was ultimately sent back for 17 by Shanaka when he holed out a easy catch to Nissanka.

Batting at 6, Pant was seen determined to show his ability with the bat as he got stuck into the Sri Lankan bowlers. The 24 year old struck 3 quick fours before flurry of wickets at the other end kept him away from the strike. Pant was the 7th man out when he was dismissed by Madushanka caught by Nissanka for 17. Pant had he stayed longer could have helped India post 5-10 runs more on the board, which would have been beneficial.