Watch! Rishabh Pant’s sister lashes out at the media personnel 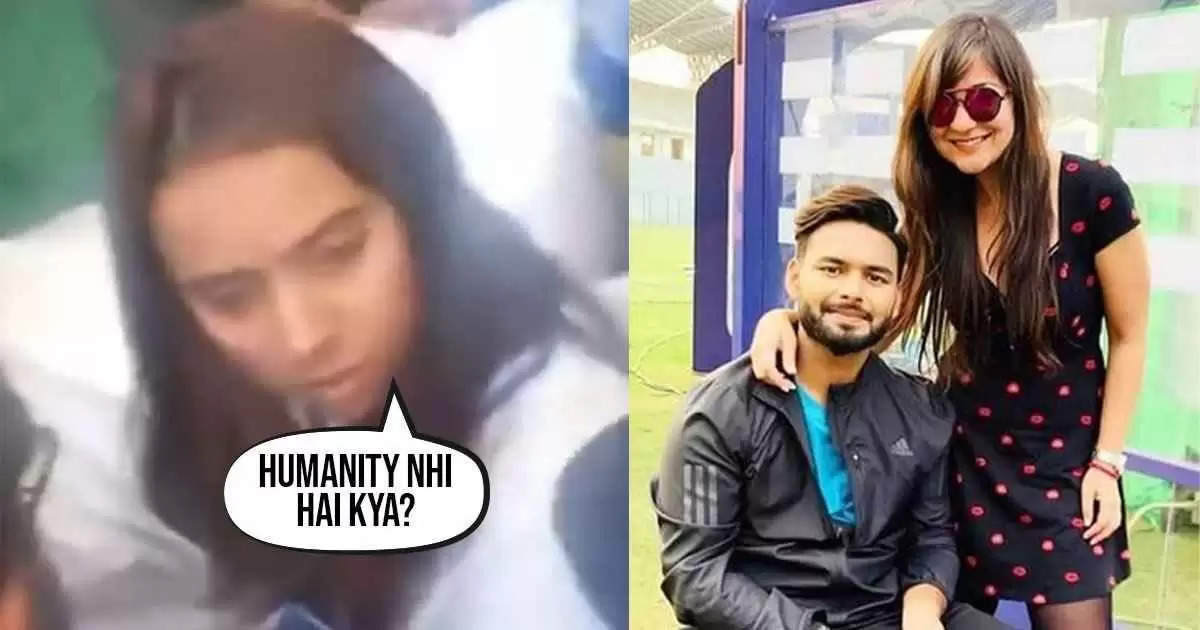 Indian cricket fraternity and fans were in for a shock towards the final few days of the year 2022. Indian wicket keeper batter, Rishabh Pant met with an accident which shook and shocked the nation. The 25 year old was on his way home when he crashed and had to break his window to jump out just in time before his car was engulfed in flames.

Rishabh Pant met with the accident in the early hours of 30th December and soon the cricket fans and fraternity began to pray for his speedy recovery. Pant’s earlier MRI scan said that there was no cause for worry as far as injuries to his head and spine are concerned. Both the vital parts of the body came back as normal, when the MRI scans were done.

Rishabh Pant after directives from the BCCI will be airlifted to Mumbai. The 25 year was recuperating at Max Hospitals which is based out of Dehradun. As per the reports doing the rounds, Pant will be admitted to Reliance owned Kokilaben Dhirubhai Ambani Hospital.

Rishabh Pant was being loaded on to an ambulance to airlift him to Mumbai. There was a swarm of media people waiting for pictures. Rishabh Pant’s sister who was accompanying the cricketer lost her cool at the assembled media people. She could be heard saying “Humanity nahi hai kya aap logo main”

Rishabh Pant Being Shifted To Mumbai For Further Treatment pic.twitter.com/DT2S34vmB6

Long road of recovery in store for Pant –

Rishabh Pant has suffered injuries to his wrist, ankles and toes and has suffered a sever ligament tear. The tear has happened in his right knee and this is where the BCCI is concerned. As per initials reports, Pant was supposedly out for 3-6 months. A video has now come to light where one doctor could be heard telling Suresh Raina, that Pant could be out for an year.

Rishabh Pant who was rested for the Sri Lanka series, was expected to be part of the Australian series. The unfortunate accident though now rules out Pant for a long time. He is set to miss the Australian test series and the 2023 TATA IPL. Delhi would have to look for a new skipper, as Pant is also set to miss the World Test Championships final. If the injuries aren’t as bad as they seem, Pant could make his return for the ICC 2023 world cup.