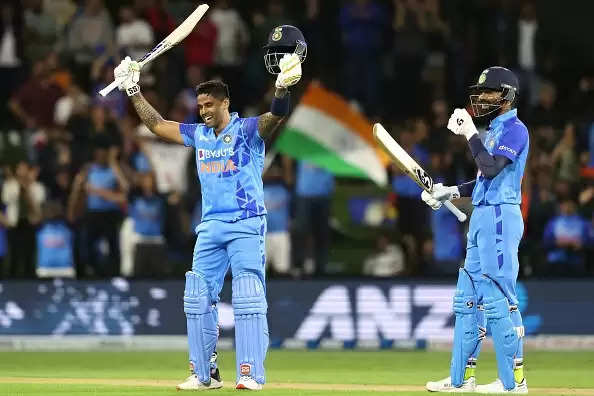 It was a happy end to the week for the Indian cricket fans with a resounding win over New Zealand. The Indian team won the 2nd T20I at Bay Oval by 65 runs to take a 1-0 lead in the 2 match series (1st match was washed out due to rain).

It was a special day for Surya Kumar Yadav as he scored his 2nd T20I century for India. The 32 year old was in his tremendous form with the bat and he hit the Kiwi bowlers to all parts of the ground.

Surya Kumar Yadav made his T20 debut for India in early 2021 against England. In this very short time, he has established himself as the world number 1 batter in the shortest format of the game.

Post the amazing win on Sunday, Surya Kumar Yadav was in an interview with the local broadcasters. The 32 year old was heard saying “In T20, a hundred is always special but at the same time, it was really important for me to bat till the very end. Hardik was telling me to bat till the 18th or 19th over, and get to a score of 185 or so. After the end of the 16th over, we had a chat about taking it deep. It was important to maximise the last few overs. Have been doing the same things over and over again, in the nets and it's just coming off for me”

That’s when Rishabh Pant crept up from behind and in his usual mischief filled demeanour complimented Yadav and said “This is unbelievable innings”.

Yadav has played 30 T20 matches for India this year scoring 1151 runs. He has average of just under 48 and has a strike rate of 188. He is also the maximum boundary and six hitter in T20 cricket during the 2022 calendar year.

SKY was in amazing form with the bat during the T20 World Cup which was held in Australia. After a quick dismissal against Pakistan, SKY made amends with half centuries against South Africa and Zimbabwe. He also played some crucial knocks against Netherlands and Bangladesh.